The principal opposition party, AIADMK, may witness another round of churning soon, if one is to go by the impact generated by the meetings that former interim general secretary V.K. Sasikala and AMMK general secretary T.T.V. Dhinakaran separately had last week with AIADMK coordinator O. Panneerselvam, to condole the death of his wife.

Several sections of office-bearers and members of the AIADMK and the AMMK say the unexpected end of the AIADMK leader’s wife has brought the camps of Mr. Panneerselvam and Ms. Sasikala-Mr. Dhinakaran, closer. “It is nothing but a reunification of the leaders,” a functionary of the AIADMK from the southern region said.

Though the talk of rapprochement between Mr. Panneerselvam and Ms. Sasikala existed during the run-up to the Assembly election in April, the difference this time is that the contact between the two camps took place publicly, amid media glare. While Ms. Sasikala visited the AIADMK coordinator at a private hospital in Chennai, where the latter’s wife died last Wednesday, Mr. Dhinakaran called on him later in the day in Periyakulam, Theni district, where the cremation took place. “You no longer have to speculate whether the two camps are in touch with each other,” the functionary said.

It was for the first time in the last four years that the three leaders met. In February 2017, a few days after then Chief Minister Mr. Panneerselvam took part in a meeting of legislators to elect Ms. Sasikala as leader of the legislature party, he revolted against her. Five months later, he met Mr. Dhinakaran at the residence of a “common friend” in the city. In August that year, he joined hands with AIADMK co-coordinator Edappadi K. Palaniswami, who was chosen by Ms. Sasikala to succeed Mr. Panneerselvam six months earlier, and became the Deputy Chief Minister. When M. Natarajan, Ms. Sasikala’s husband, died in March 2018, no one from the AIADMK condoled his death.

What did not go unnoticed now was the absence of Mr. Palaniswami and his supporters during the meeting between Ms. Sasikala and Mr. Panneerselvam at the hospital. “We did not want to be seen there. That was why we left the place much before she arrived,” a former Minister and a prominent member of the former Chief Minister’s camp said.

What is adding discomfiture to the camp is that the latest development has happened when the police is conducting further investigation into the Kodanad Estate heist-cum-murder case. According to the opposition party, an attempt is being made to implicate Mr. Palaniswami in the case, even though Chief Minister M.K. Stalin has stated that there is “no political motive” behind the move. Last month, protesting against the Speaker’s decision in the Assembly to disallow a plea of the Leader of the Opposition to raise a matter in connection with the case, the AIADMK boycotted the proceedings.

A functionary of the AMMK expects “exciting political events” to happen after the wedding of Mr. Dhinakaran’s daughter in the middle of this month.

However, much depends on whether Ms. Sasikala is able to tilt the scales within the party either in favour of her or Mr. Panneerselvam, considering that currently Mr. Palaniswami is deemed to have greater clout within the AIADMK. 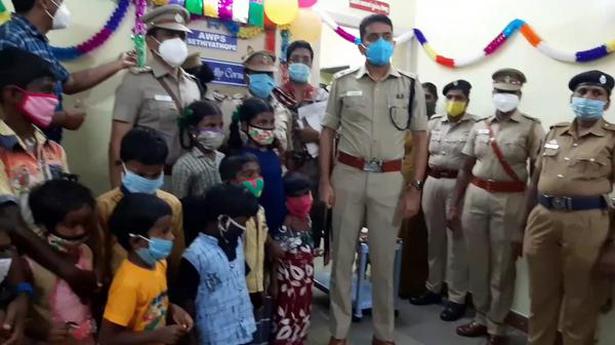 Child-friendly zones set up in six police stations in Cuddalore