All India Democratic Students’ Organisation (AIDSO), a student-wing of the Socialist Unity Centre of India (Communist), extended its support to the all-India general strike scheduled for Thursday. It also appealed to the student community to actively participate in the agitations called by farmers’ and workers’ organisations to oppose the anti-people legislations recently enacted by the Union government.

“The anti-people and pro-corporate policies of the successive governments have gathered a new momentum under Narendra Modi government which is hell-bent on serving its corporate masters by sacrificing the interests of the common people it was elected by. The privatisation of strategic and profit-making Public Sector Units has taken a new pace. The recently-enacted and amended legislations are essentially a part of the sustained anti-people approach of the government and we need to resist it,” Suresh G. and Ravikiran J.P., Ballari district president and secretary of the AIDSO, said in the memorandum.

They also called upon the people, especially the student community, to oppose the National Education Policy – 2020, that would fasten the commercialisation of education. 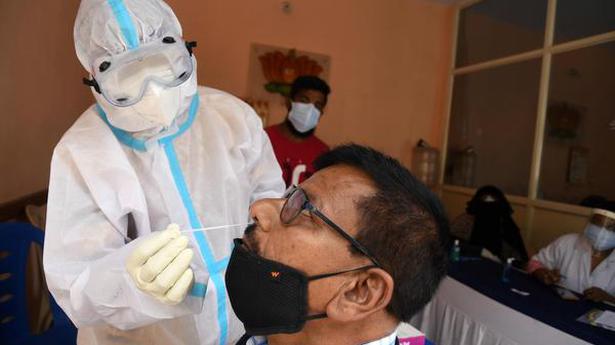 Positivity rate among those with symptoms is 34.8%