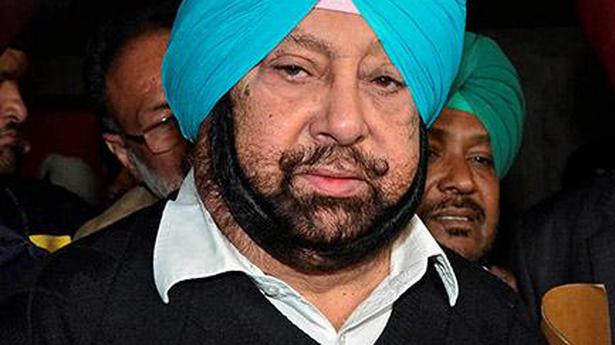 
Punjab Chief Minister Amarinder Singh on Friday accused the Shiromani Akali Dal (SAD) and the Aam Aadmi Party (AAP) of spreading lies over the farm laws and dubbed the Centre’s refusal to repeal them as ‘inhuman’. He also announced jobs for one member of each of the families of the State’s farmers who had lost their lives in the agitation against the new laws.

The Chief Minister said the Centre should repeal the laws, then sit with the farmers and frame new laws after taking all stakeholders into confidence. Pointing out that the Constitution of India had already been amended many times, he asked why the Government of India was adamant about not taking back the laws. Capt. Amarinder was speaking on a ‘Facebook Live’ session.

The Chief Minister said “we are losing our farmers to the cold every day, with an estimated 76 dying so far.”

In addition to the ₹5 lakh compensation being given to the families of the deceased farmers, his government would also give a job to a family member, he added.

Capt. Amarinder said the Akalis and the AAP were spreading lies on the issue of the high-powered committee on agricultural reforms, as exposed by an RTI response.

Pointing out that Punjab was not even included initially in the committee, he said it was only after he wrote to the Centre that Punjab’s name was added, by which time the first meeting had already taken place without the State’s representation. The second meeting was attended by Manpreet Badal as financial issues were discussed, while in the third and final meeting, no politician was invited and only the Agriculture Secretary attended. Delhi youth held for killing minor who refused to marry him