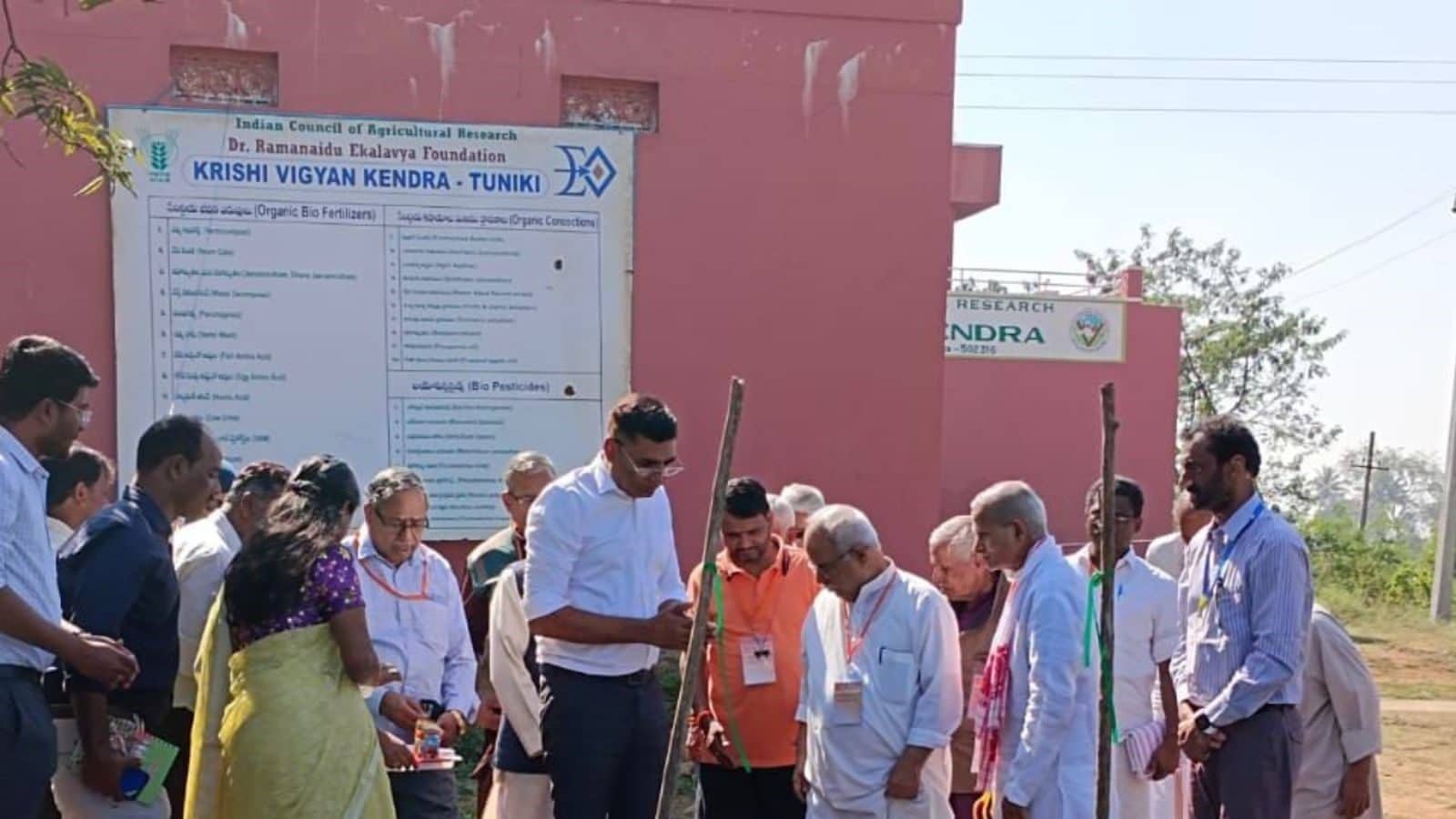 The protein found in 5 gram of the algae is equal to what is found in 1 kg spinach, said G Bhargavi, a scientist at Krishi Vigyan Kendra in Medak, Telangana. (Photo: News18)

This nutrient dense alga is now being grown at the Krishi Vignan Kendra. Apart from making the regular tablets, the Centre is also going to sell yoghurt, chikki and biscuits fortified with spirulina

Can a type of blue-green algae help fight malnutrition? G Bhargavi, a scientist at Krishi Vigyan Kendra in Medak, Telangana, believes so. In 1974, the United Nations World Food Conference had lauded spirulina as possibly the best food for the future. This nutrient dense alga is now being grown at the Krishi Vignan Kendra. Apart from making the regular tablets, the Centre is also going to sell yoghurt, chikki and biscuits fortified with spirulina.

“The protein found in 5 gram of the algae is equal to what is found in 1 kg spinach. While growing this, we are working on a model where we can bring in the benefits of the algae to fight malnutrition among children and lactating mothers. 1.5 gram of spirulina can be given to children between two and six years to aid in their growth,” said Bhargavi.

Apart from these food products, the Centre will also sell spirulina vaseline as the algae is said to fight skin aging.

In 1940, a little-known journal published a report by French psychologist Dangeard on a material called dihé, eaten by the Kanembu people near Lake Chad. Dihé is hardened cakes of sun-dried, blue-green algae collected from the shores of small ponds around Lake Chad. According to a paper titled ‘Spirulina in combating Protein Energy Malnutrition (PEM) and Protein Energy Wasting’ published in The Society for Clinical Nutrition and Metabolism, botanist Jean Leonard, during his Belgian Trans-Saharan Expedition, confirmed that dihé is made up of spirulina.

During that time, Léonard received a request from Sosa-Texcoco Ltd, Mexico, to study a bloom of algae in their sodium hydroxide production facility. As a result, the first systematic and detailed study of the growth requirements and physiology of spirulina was performed. This study, which was a part of Ph.D. thesis by Zarrouk (1966) was the basis for establishing the first large-scale production plant. Spirulina was established in 1967 as a ‘wonderful food source’ by the International Association of Applied Microbiology, said the paper.

Sujatha Stephen RD, chief nutritionist at Yashoda Hospitals in Hyderabad, says 1 gram of dried spirulina powder has 4 gram of protein and other nutrients such as riboflavin, niacin, iron, magnesium and potassium. “Spirulina is loaded with antioxidants. It helps in lowering cholesterol and triglyceride levels,” she said. “Being an excellent anti-inflammatory, it helps reduce inflammation in the body and promotes healing and regeneration. Spirulina may have anti-cancer properties and appears especially effective against certain types of precancerous lesions of the mouth. However, more research is needed,” she added.

“Spirulina is grown mainly to be exported. It costs around Rs 2,000 per kg in other countries, but if we grow it here, we can sell it for Rs 500 per kg. It can become a cheap and effective source of nutrients for children and adults alike,” added Bhagavi.

It is best to consume spirulina after consulting with a doctor.

Kakoli Mukherjee
Kakoli Mukherjee, Chief Subeditor, has been a journalist for eight years. She writes on health, people, culture, technology and books.…Read More 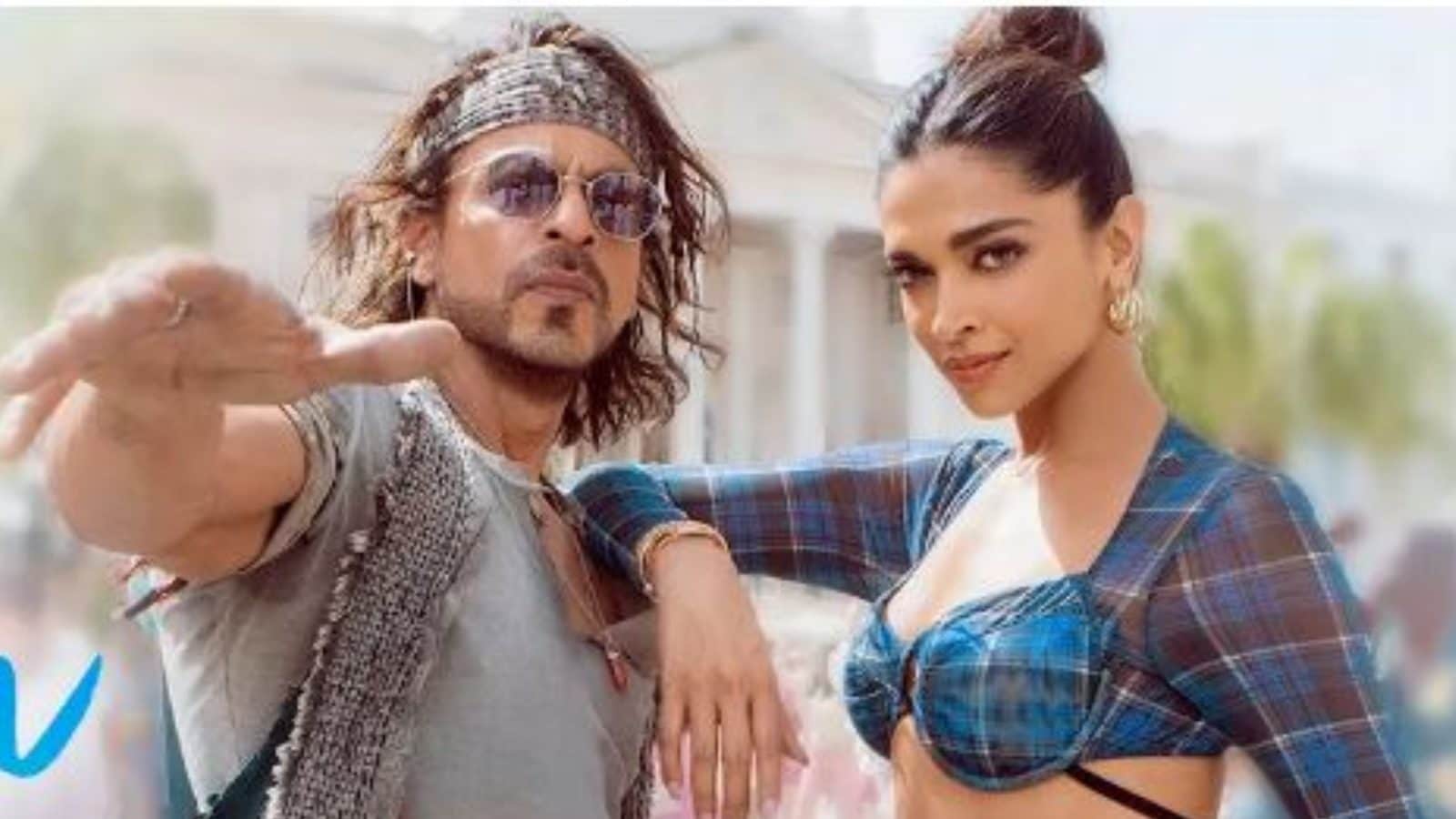 In a First, President Biden Visits US-Mexico Border; Talks on Migrants & Drugs on the Table