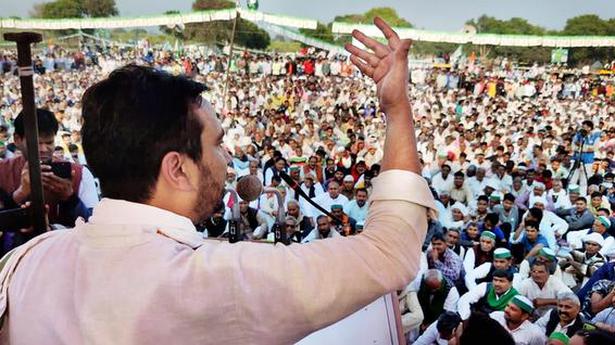 
The Aligarh police have registered an FIR against Rashtriya Lok Dal (RLD) vice-president Jayant Chaudhary for violating Section 144 of the CrPc and sections of the Epidemic Act by holding a panchayat in the Iglas area of the district on Tuesday. Apart from Mr. Chaudhary, 21 others have been named, and 5,000-6,000 unnamed people mentioned in the FIR.

The RLD has been holding massive panchayats in western Uttar Pradesh against the Central farm laws. In Shamli too, Section 144 was in place but the party went ahead with the gathering. It was followed by panchayats in Amroha and Aligarh. On Tuesday, Mr. Chaudhary addressed a panchayat in the Khurja area of Bulandshahr, where the turnout was huge.

“Everybody knows that Section 144 of the CrPC has been imposed in the district which entails that permission needs to be taken for any public meeting. No such permission was taken for the programme. That is why a case has been registered in the Gonda police station for violating prohibitory orders and sections of the Epidemic Act,” said Shubham Patel, Superintendent of Police (Rural), Aligarh.

Responding to the action, Mr. Chaudhary tweeted that he was ready to be arrested. Addressing Chief Minister Yogi Adityanath, he tweeted, “Baba bata dein kab aur kahan giraftari deni hain [Tell me, when and where should I present myself for arrest].”

The RLD has a panchayat scheduled at Baldev in Mathura on Friday.

Mr. Chaudhary said, “All programmes will go on as scheduled.”

Sunil Rohta, media in chage of the party, said the action seemed to be an “after thought” to put “pressure on political parties as after we successfully organised a series of panchayats, other political parties have also jumped into the fray,” he said, referring to the Congress panchyat in Saharanpur on Wednesday.

Congress general secretary Priyanka Gandhi Vadra is expected to hold kisan sabhas in Meerut and Binor on February 13. Interestingly, the party had postponed its Saharanpur panchayat after the administration denied permission. However, local sources said, after the RLD successfully organised its panchayats despite prohibitory orders, Congress heavyweights like Imran Masood also seemed to have felt emboldened.

In a related development, RLD president Ajit Singh has written an open letter to farmers ahead of his birthday on February 12. Making an appeal for “Chalo Gaon Ki Or”, Mr. Singh reminded farmers how the Congress government was forced to withdraw The Sugarcane Control (Amendment) Order, 2009, after massive protests from farmer bodies and parties like the RLD.

“The present government is making fun of the farmers’ pain. In the coming days, attempts would be made to break your unity,” he cautioned. 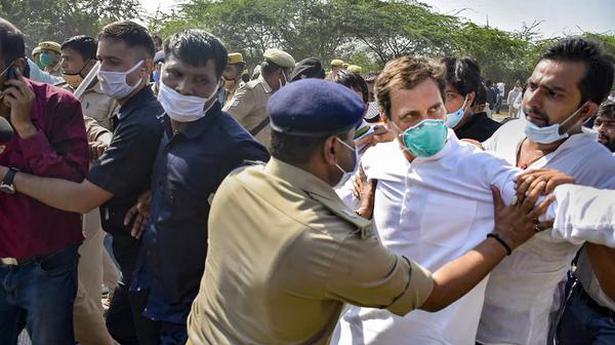 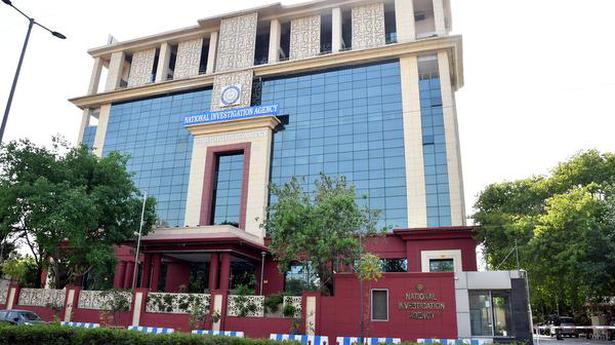