Union Minister for Railways Piyush Goyal has said the Central government in its budget allocated nearly ₹4,000 crore for the railway works in Karnataka and that is four times more than what was allocated for the State in 2014.

He addressed people of Shivamogga through a video-link in a programme to lay the foundation stone for construction of three Road overbridges (RoBs) on Monday.

Mr. Piyush Goyal said in 2014, the State had got works worth only ₹1,000 crore. The funds had gone up by 400 per cent in seven years. The Railway Ministry had taken up the suburban railway project in Bengaluru as a joint venture with the State government. Bengaluru city deserved better transport facility. The suburban project should be completed on a mission mode, Mr. Goyal said.

Regarding the works in Shivamogga, the Minister said the construction of three RoBs would ease the traffic movement and help the local public in reaching their places early. Tourists visiting places such as Jog in Shivamogga would also be benefited.

The Minister also said whenever he heard the name of Shivamogga he was reminded of Malgudi Days, a popular serial based on R.K.Narayan’s stories shot in Shivamogga. “We have developed a Malgudu Museum in memory of the serial at Arasalu railway station”, he said.

Chief Minister B.S. Yediyurappa, thanking the Union Minister for taking up construction of RoBs in Shivamogga, stressed the need for taking up the Shivamogga-Shikaripur-Ranebennur railway work at the earliest. “The State government will hand over the land required for the line between Shivamogga and Shikaripur within two months so that the railway line work could be taken up soon”, he said.

Karnataka was the first State to share the cost of railway projects. The State government would provide land free of cost for the project, besides sharing 50 pc of the project cost. “We are taking up seven railway line works sharing the cost with the Railway Ministry”, he said.

The Railway Ministry has taken up the projects worth ₹ 115 crore on a cost-sharing basis with the State government.

Tribals staring at lack of livelihood opportunities in Mysuru district 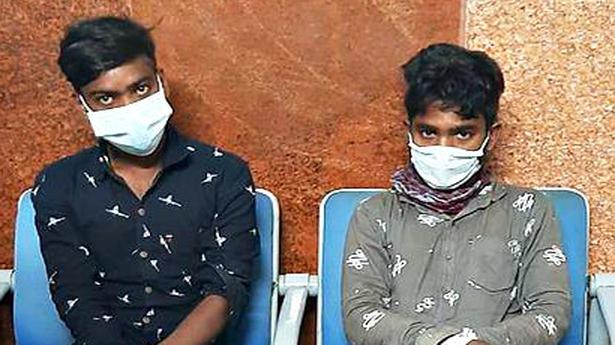