Nobel laureate Amartya Sen has denied making any phone call — introducing himself as “Bharat Ratna Amartya Sen” — to Visva-Bharati Vice-Chancellor Bidyut Chakrabarty and requesting him not to evict hawkers around his Santiniketan house.

On the evening of December 9, during a virtual meeting with over 350 faculty members, Prof. Chakrabarty openly made a claim that he had received a call from Prof. Sen, who identified himself as “Bharat Ratna Amartya Sen” and requested that hawkers around his house not be evicted as his daughter, who visited Santiniketan often, would be inconvenienced.

The V-C went on to claim that he suggested to Prof. Sen that he give space to the hawkers inside his property, upon which the Nobel laureate hung up.

The Visva-Bharati PRO could not be reached for comment on whether or why the V-C made such a claim, but several faculty members confirmed that Prof. Chakrabarty had indeed made such a remark.

The Visva-Bharati University Faculty Association (VBUFA), several of whose members also attended the virtual meeting, was quick to seize the issue and its president Sudipta Bhattacharyya emailed the celebrated economist, asking him whether he had indeed made such a phone call.

“I am very surprised to hear about what the Vice-Chancellor of Visva-Bharati apparently has declared in an online faculty meeting,” Prof. Sen wrote back to the VBUFA president.

“I do not think I have had such a conversation with him. I should also mention that I have never referred to myself as ‘Bharat Ratna.’ I also don’t think I could have referred to my daughter buying vegetables from the hawkers and that being a reason for keeping the hawkers undisturbed. I don’t know where my daughters buy vegetables! That would be no reason anyway to bring in the question of how the hawkers should be treated. Finally, there are no hawkers outside my home in Santiniketan.”

The Nobel laureate grew up in Pratichi, the house built by his father in Santiniketan, and visits it frequently. He was named Amartya by Rabindranath Tagore.

Prof. Sen further said in his email: “I do think, however, that Visva-Bharati often interferes too much with the normal life of ordinary people, of which setting up walls to interfere with ways and passages of people is a good example. I remember once writing about that some years ago in a newspaper. I also remember my mother, who of course lived in our home (Pratichi), did try to help hawkers from eviction, not outside our home (since there are no hawkers there), but near Pearson Palli. All this is, of course, quite unrelated to the absurd statement that the Vice-Chancellor has allegedly made.” 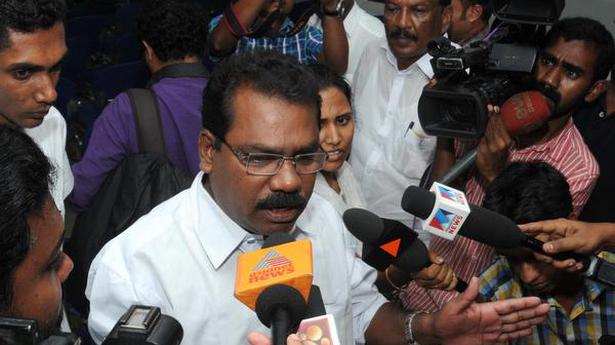 Shock for UDF as heavyweights taste defeat at the hustings