Chinese President is a true follower of Mao, who understood the importance of military power. Mao’s famous pithy saying was: “political power grows out of the barrel of a gun” and “the Party must control the gun”.

China has amended its National Defence Law from the 1st January to enhance the powers of Central Military Commission (CMC) which is headed by Xi and weakened the State Council.

Such a step was on expected lines. Since Xi’s assumption of power, he has gradually concentrated all powers in his own hands. Today Xi Jinping is the most powerful leader in China: General Secretary of the Communist Party, Chair of the Military Commission and President of the People’s Republic of China.

He has installed himself as the head of new bodies overseeing the Internet, government restructuring, national security, and military reform, and has effectively taken over the courts, the police, and the secret police/intelligence. His name and philosophy were added to the party constitution in 2017, and the following year he successfully pushed for the abolition of presidential term limits. He is the most authoritarian leader since Mao.

While it was approved by the Standing Committee of the National People’s Congress ‘to boost military preparedness and combat capabilities,’ this amendment has three important implications. First it strengthens further the hold of Xi over the armed forces. This would ensure the loyalty of the armed forces towards the CCP and Xi. This gives ample powers to deploy the armed forces even abroad for the protection of BRI projects.

The Chinese flagship project CPEC is facing problems in Gilgit-Baltistan and Baluchistan. Significantly the amendment is linked to disruption and protection of development interests. The current amendment is of course done in ‘national interests at home and abroad’.

Second, this also gives powers to Xi to direct even the non-State-owned entities and individuals. This step is also justified on the grounds that it would enable China to build an efficient nation-wide coordination mechanism for mobilisation of state-owned and private enterprises to take part in developing national power as one entity.

The scope of amendment covers the areas of technological development in defence sector as also in domain of cyber-security, space and electromagnetics.

Third, this would allow Xi to coordinate more effectively the threat of use of force and wolf-warrior diplomacy to deter its adversaries. This would boost Xi’s concept of fusion of civil-military capabilities for the country’s defence.

The Chinese strategy of “Integrated Strategic Deterrence” has the aim of achieving strategic deterrence by use of non-fighting means or fighting a small war. Several military and non-military capabilities like nuclear, conventional, space and information warfare, economic, diplomatic, scientific and technological as also the collective will of the nation constitute the ‘Integrated Strategic Deterrence’.

More importantly, it can significantly enhance China’s capability for ‘three warfares’, used for propaganda purposes to strengthen its claims over other areas and to justify the Chinese position on various national and international issues.

Overall, this amendment suggests that China would be more aggressive in asserting its claims in the periphery including the Indo-Tibetan border and the South China Sea. But that is only its immediate objective. Its real objective is to establish its hegemony in the world. This presents a grim picture that in the coming period there would be increased threat to global peace from China.

Xi has ordered that the members of the armed forces must strengthen their fighting spirit and hone their skills and capabilities to fulfil the missions given to them by the CCP. The US had earlier pointed out that the real threat comes from the CCP, which is responsible for aggressive acts in all its periphery and beyond.

The International Community should take this as a warning and should take effective steps unitedly to contain China.

From climate to covid, why data can cause a delusion 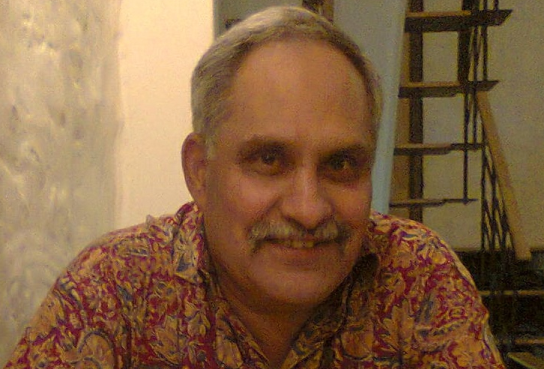