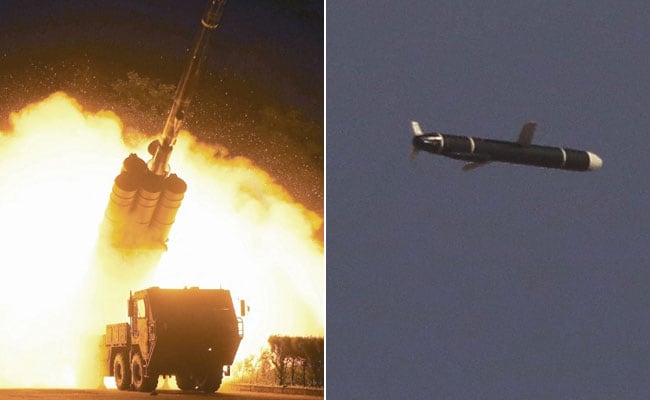 North Korea is not banned from developing cruise missiles, which it has tested previously.

North Korea test-fired a new “long-range cruise missile” over the weekend, state media reported Monday, calling it a “strategic weapon of great significance” amid a long standoff with the United States over its nuclear programme.

Pictures in the Rodong Sinmun newspaper showed a missile exiting one of five tubes on a launch vehicle in a ball of flame, and a missile in horizontal flight.

Such a weapon would represent a marked advance in the North’s weapons technology, analysts said, better able to avoid defence systems to deliver a warhead across the South or Japan.

The missiles travelled 1,500-kilometre (about 930 miles) flight paths — including figure-of-8 patterns — above North Korea and its territorial waters to hit their targets, according to KCNA.

Its report called the missile a “strategic weapon of great significance”, adding the tests were successful and it gave the country “another effective deterrence means” against “hostile forces”.

The North is under international sanctions for its nuclear weapons and ballistic missile programmes, which it says it needs to defend against a US invasion.

But Pyongyang is not banned from developing cruise missiles, which it has tested previously.

“If the North has sufficiently miniaturised a nuclear warhead, it can be loaded onto a cruise missile as well,” Park said.

“It’s very likely that there will be more tests for the development of various weapons systems.”

The launch was a response to joint South Korea-US military drills last month, he said.

But Chinese Foreign Minister Wang Yi is due in Seoul on Tuesday and Park added: “By choosing cruise missiles, North Korea is trying not to provoke the US and the China too much.”

Jeffrey Lewis of the Middlebury Institute for International Studies tweeted that the reported missiles would be capable of delivering a warhead against targets “throughout South Korea and Japan”.

“An intermediate-range land-attack cruise missile is a pretty serious capability for North Korea,” he added.

“This is another system that is designed to fly under missile defense radars or around them.”

The South’s military — normally the first source of information on the North’s missile test — had made no announcement of any launches over the weekend.

South Korea’s Joint Chiefs of Staff told AFP: “Our military is conducting a detailed analysis under close cooperation between the South Korean and US intelligence agencies.”

The Pentagon did not immediately reply to a request for comment.

The reported launches are the first since March by the North, which has not carried out a nuclear test or an intercontinental ballistic missile launch since 2017.

They came days after a scaled-back parade in Pyongyang to mark the 73rd anniversary of the country’s founding.

Nuclear talks with the United States have been stalled since the collapse of a 2019 summit in Hanoi between North Korean leader Kim Jong Un and then-president Donald Trump over sanctions relief — and what Pyongyang would be willing to give up in return.

But the impoverished North has never shown any indication it would be willing to surrender its nuclear arsenal, and has rebuffed South Korean efforts to revive dialogue.

Kim’s sister and key adviser Kim Yo Jong also demanded the withdrawal of US troops from the peninsula.

The North showed off four such devices at a military parade overseen by Kim in January, with KCNA calling them “the world’s most powerful weapon”.

North Korea has released pictures of underwater launches, most recently in 2019.

But analysts believe that was from a fixed platform or submersible barge, rather than a submarine. 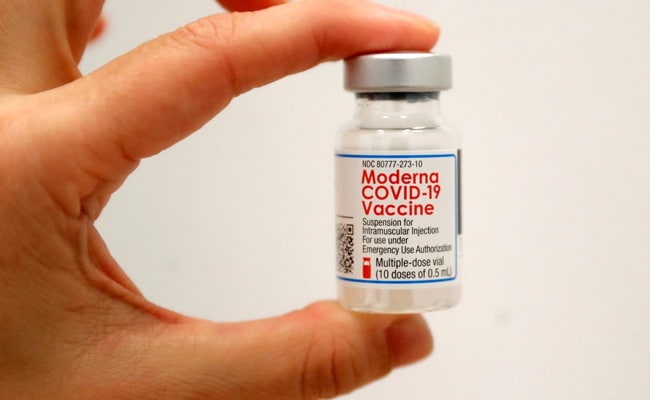 “Will Deal Only With Centre”: Moderna Says No To Punjab’s Vaccine Request