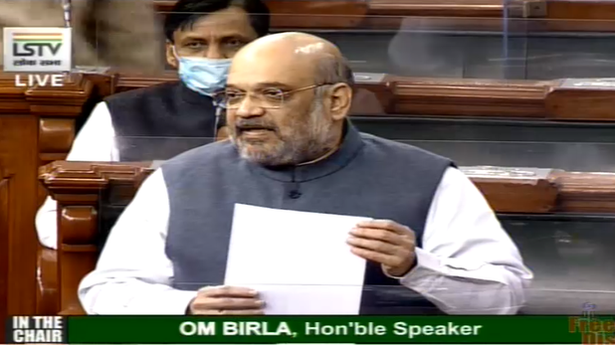 The Koch-Rajbongshis comprise a sizeable chunk of voters in western Assam and northern West Bengal. The “exiled” community leader, also a spiritual guru, is Ananta Rai, who claims to be a member of the Koch royal family and the “king” of the “independent state of Cooch Behar”.

“Amit Shah dangoria (equivalent to ji in Hindi) is reaching Guwahati close to Wednesday midnight and staying at a State government guesthouse in Amingaon (near Guwahati). He would be going to Bongaigaon but there is no public meeting,” said State BJP spokesperson Rupam Goswami.

He declined to comment on the reported “meeting over lunch” between Mr. Shah and Mr. Rai but said the Home Minister’s next stop would be Cooch Behar. Mr. Shah, who had last visited Assam on January 23 and 24, is expected to visit the State again on February 11.

The Koch-Rajbongshis are one of six communities, including the “tea tribes” or Adivasis, demanding Scheduled Tribe status in Assam. The community is believed to be crucial for the BJP to retain power in Assam and eject the Trinamool Congress from Bengal, particularly in the northern part of the State.

The BJP has already been targeting the “tea tribes” with a slew of sops and cash awards, the last instalment of which was ₹3,000 each to 7.46 lakh plantation workers in Assam a few days ago.

A party leader, declining to be quoted, said Mr. Rai wields substantial clout within the community and he counts Prime Minister Narendra Modi as his ally. Mr. Rai is reportedly not on good terms with the Mamata Banerjee government in West Bengal and has been staying in Assam for over a year now.