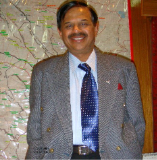 
(The Present Standoff Has Identified Our Weak Spots, Which Need Dedicated Funding for the Next 10 Years for Immediate Rectification and Should Support India’s Rising Aspirations as an Asian Power. Need For Bold Institutional Changes, Force Structuring By Rightsizing and Including Segregating the Head of Defence Pensions from the Defence Budget and Bringing It, Under the Central Government Retired Employees Head of National Budgeting)

There have been a flurry of articles on issues like doing away with bands, canteens or at times even about pensions, which become a burden to the Defence Budget towards modernization. Let us not get swayed by superficial and cosmetic changes like the issue of Ceremonials/Military Bands or staffing the Unit Canteens etc. Let us not tinker with the ethos and micromanagement of units and their modus operandi. Let us transform force structures for the end effect of war by synergizing state of the art technologies and initiating own R&D capacities based on a war fighter’s field experience. All transformations need to occur against the backdrop of a ‘Rising China’ in a twin attack mode as against India’s shrinking budgets. The whole process can only be done in phases keeping the existing legacy systems, which need to be modernized and then should transit to next generation systems. Before kick starting the transformation process, it is mandatory to do the foundational work as discussed below. The aspect of leapfrogging or Pole-vaulting methodology will depend on many factors, thus we should create models for Version 1.0, (Build up on Legacy systems), Version2.0 (Leap-frogging) or even Version 3.0(Pole-vaulting model) as a starting point. (Version 2.0 and Version 3.0 will be covered in subsequent articles)

Foundational Work Required For Resetting the Approach to Transformation

India needs to do foundational work before embarking on a transformation drive. It has to change direction towards self-sufficiency and a new defence strategy, fresh doctrines, organisations and enable ‘Make in India’ manufacturing.  First need, is to re-orientate our strategic direction and review India’s ‘National Security Strategy’ (NSS) and downwards to Joint Military Doctrines. The operating ‘Defence Policy Guidelines’ (DPG) should shift to a more proactive stance and India’s war strategy should transit to an ‘Offensive-Defensive’ principle of war. To build and evolve national strategies, we should encourage the raising of Indian Defence University (INDU), and within it, we should create a Military Science College. We should thereafter, spin out PhDs from these centres of excellence to enable cultivating a strategic culture with Indian characteristics. The thrust of warfare will continue to be based on networked technology supported by artificial intelligence and robotics. The above-mentioned capabilities warrant jointness at all levels. Therefore, there is a strong case to pass an ‘Armed Forces Joint Act’ in the Indian Parliament. This should be on the same line as the Goldwater–Nichols Act of 1986 passed in US senate to force the spirit of Jointness in the US Armed Forces and streamline the command chains. India should institutionalise a ‘Strategic Defence Review’ (SDR) periodically to cater to emerging threats including the impact of Covid-19 Pandemic scenario and the emerging alliances. New alignments of nations and a changed world order need to be re-calibrated. New geo-political and geo-strategic realities may compel military alliances, to rebalance the power matrix in this region. The voids in the military power equation will have to be addressed through various asymmetric strategies akin to what the Chinese played to face US superiority. One has to locate multiple weak links of the adversary, akin to the chakras in a human body. For example, a strike at the solar plexus chakra can make the strongest also reel back in pain. Obviously, this implies the need for a very sophisticated architecture for harnessing the space and near earth surveillance assets. If help on this aspect has to be taken from strategic allies then it should be standardised by a ‘Memoranda of Understanding’ (MOU) and joint exercises in peacetime. In fact, such a “Real Time” Information based network should be the heart of future campaigns to give India the decisive edge.  Additionally, there is a need to upgrade our spectrum warfare capability. For asymmetric threats, this is the best solution. The newer concept of using state of the art ‘Non-Nuclear Electromagnetic-Pulse’ (NNEMP) weapons or maybe similar weapons, can blackout the battlefield for both sides paralysing all communication networks and causing a systems failure of all entities like the artillery support, air support and missile firing. Thus, the Cyber-war/social media domain should also be strengthened by an institutional support. Thus, there is a need to redefine the evolving threats before giving the strategic direction to the transformation plan.

Redefining the Threats: Shaping A New Strategic Direction (under direct Chairmanship of the CDS)

The concept of ‘strategic space’ of India’s interest, as defined on the Ministry of Defence website: “India’s size, strategic location, trade interests in a security environment that extends from Persian Gulf in the West, to the Straits of Malacca in the East and from the Central Asian Republic (CAR) in the North to near the equator in the South, underpin India’s security response.  In view of the strategic spread, it is essential for the country to maintain a credible land, air and maritime force to safeguard its security interests.”  The threats  range from the LAC to the non-contact domain.Therefore, the spectrum of threats for which the nation must prepare, besides the collusive and collaborative threats from its two major adversaries were broadened to include technological threats such as cyber, space and information warfare besides non-contact or non-conventional threats and security within the geographic space as described above. Nevertheless this, the current military standoff between India and China demands more focussed analyses of the military transformation.

The present Line of Actual Control (LAC) tensions and the existing protracted standoff have again confirmed the reality of a twin threat to India, from Pakistan and China. There is no need for any more speculation of this grim reality in front of us today. Challenges to global threats are being re-defined due to the fast pace of changing technology, geopolitical realignments and many other factors. Correspondingly, there is a need for a change in military organizational structures. The increased impact of Precision Guided Munitions (PGMs) with higher Lethality and longer ranges dictates the reduction in manpower. Even assimilation of the force multiplication effect of the ‘Space Based Assets’ needs to be factored in. This leads to the necessity of restructuring and resizing manpower in these legacy based ossified organizations. Simple analyses will lead to reduction in manpower all across the army and other services, while embedding force structure with niche technologies. Manpower reduction will save recurring revenue. The budgets, thus saved can enable better modernization in weapons and equipment or maybe for raising additional structures as per the changing threat perceptions.

Post Kargil war, the Kargil Review committee (KRC) had suggested many structural changes, however only some points were addressed. Similarly, in 2015, a Shiketkar committee was formulated for cost effective reforms. Thereafter, the Shiketkar report was published some time back in 2016.The it now needs a fast relook to draw out fresh lessons out of the current impasse. Necessary amendments therefore need to be made and implemented under the direct Chairmanship of the Chief of Defence Staff (CDS) to prevent delays, and bureaucratic hurdles. Moreover, with the creation of the institution of a CDS, the Strategic Direction for re-orbating and restructuring could become seamless for the inter-service joint enabled transformations. The Shiketkar report has specifically pointed out and highlighted the methodology for improving the teeth to tail ratio. However, there are some transforming issues, which can be added to this report to rationalize and reorganize the teeth itself and create better cutting edge by pruning and rightsizing the present force structuring especially of combat elements. For instance, the organization and War Equipment Table (WET) of existing Infantry battalions can be made more lethal and agile with better firepower and mobility, which should allow rightsizing by downsizing yet obtain better end effect on operations. This will allow a cascading effect for release of trained manpower. Additional formations can then be recreated, restructured, equipped, and tasked for Special Offensive Operations, without any major costs.

This means changing the military from the existing ‘Conventional-Clausewitz a-Classical –Continental’ (C4) model to an ‘Effect Based Operations’ (EBO) capable structure in a 2035 and beyond time span. This philosophy in turn should convert numbers to impact, with better precision and lethality of weapons; the impact on a ground target can be same with lesser Number of troops. This should drive us towards reduction of manpower, which is substituted by better technology, mobility and enhanced firepower. For instance ,looking at the Infantry Battalion, which is the teeth of combat- can a platoon in assault be guaranteed almost twice the firepower  than hitherto- fore due to better precision technology and thus more accurate direct and indirect fire.

Also read: An approach to cost-effective transformation of the Indian Army (Part 2) 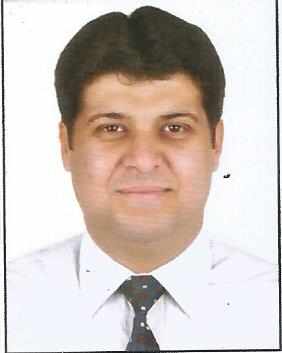 The Intertwined ‘Ravana’ and ‘Rama’