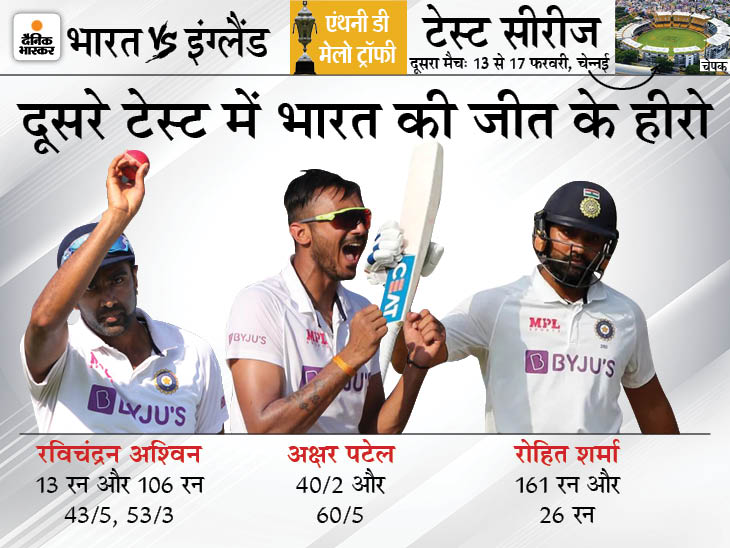 Team India defeated England by 317 runs in the second Test match and got 1-1 in the four-match series. After the unilateral defeat of 227 runs in the first Test, the return of the Indian team has been appreciated. There were a total of five factors that made the road to India easier in this match.

2. Rohit Sharma’s amazing innings
As expected, the pitch was helpful to the spinners from day one. It was proving difficult for most of the batsmen of India to stick on the pitch. But, Rohit Sharma played a brilliant innings of 161 runs to take India beyond 300 runs. From here, the match was almost out of reach of England. Rohit scored his seventh century and Team India wins whenever they score a century in Tests. This happened the same time.

3. Ashwin’s amazing with ball and bat
After Rohit Sharma’s brilliant innings, Chennai star Ravichandran Ashwin took the front. He took five wickets for 43 runs in England’s first innings. This reduced the English team to 134 runs. Ashwin then played an innings of 106 runs, showing off the bat. He also took three wickets in England’s second innings.

4. Akshar Patel proved to be the X Factor
In this test, the right team selection made the way for the Indian team easier. Akshar Patel and Kuldeep Yadav were given the chance to replace spinners Shahbaz Nadeem and Washington Sundar in the first Test. At the same time, Mohammad Siraj came in place of fast bowler Bumrah. Characters throw balls at a speed of more than 90 kiloliters per hour. For this reason, England batsmen could not sweep effortlessly. Akshar took five wickets in the innings in his debut test. Wrist spinner Kuldeep got short overs, but he also bowled impressively.

5. England team stuck in its own policy
Four players from the England team that won the first Test did not play in this Test. Replaced Dom Bess, Jose Butler, James Anderson and Joffra Archer, Moeen Ali, Ben Fox, Stuart Broad and Ollie Stone. Other than Fox, the other three replacement players did not fare well. Moin Ali took eight wickets in the match but he also bowled very weak balls. This did not put pressure on the Indian batsmen. If Stuart Broad was completely colorless, Ollie Stone was able to bowl well in pieces. Overall it can be said that the rotation policy went against England. 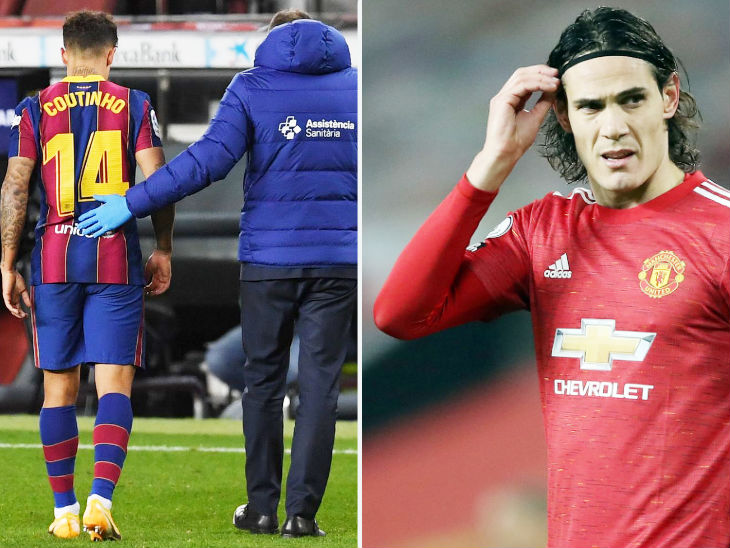 Football: Kavani was fined 3 matches and fined 1 crore for racist remarks; Coutinho out for 10 weeks 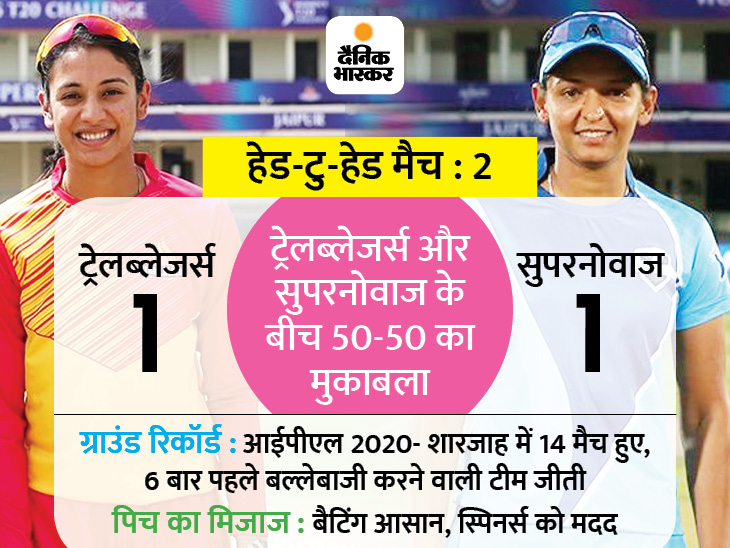 In the women’s IPL, Trailblazers vs Supernovas today: Mandhana and Harmanpreet’s team will clash to reach the final