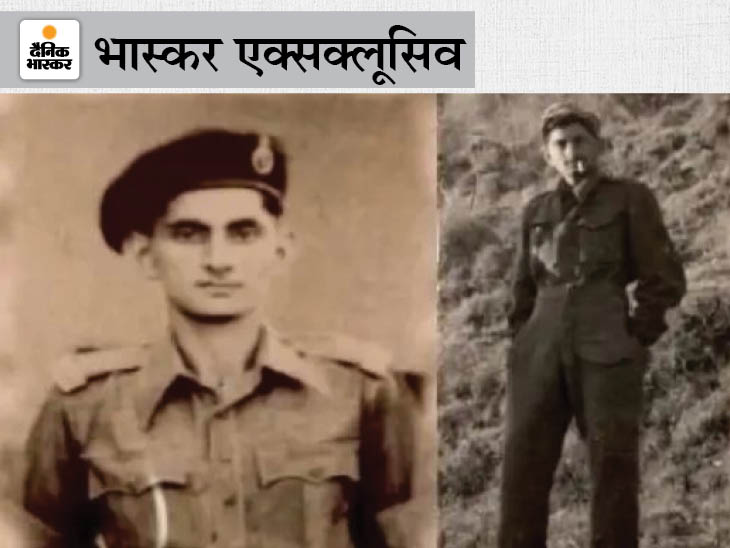 Bollywood
July 21, 2021 Divya Bharat 0 Comments the journey of writing nazm and becoming a lyricist started with acting in drama, ThelyricistAnandBakshi became the soldier of Jabalpur, was recruited in the signal corps of the army at the age of 17

The journey from Fauji to lyricist Anand Bakshi is interesting.

Celebrated lyricist and record number one Anand Bakshi’s birthday is on 21st July. Very few people would know that Anand Bakshi has a deep connection with the soil of Jabalpur. Actually, the journey of becoming a lyricist from a soldier started in Jabalpur itself. Bakshi, who acted in plays, started writing his own poems and singing. First in army program then in theater. It is the effect of the water of Jabalpur that people get the goal of life by coming here. One such example was lyricist Anand Bakshi.

On 15 November 1947, when Anand Bakshi was admitted to the Signal Corps of the Army at Jabalpur, he was only seventeen years old. He got the rank of signal man. He started writing poems in Jabalpur. He used to sing his poems in front of the soldiers and officers in the barracks. When the officers used to give him praise, it would have been very deep to realize that there is a talent within him. Gradually they began to offer themselves at annual theater events and also at Bada Khana (from soldiers to officers eating together).

During his stay in the army, Anand Bakshi took part in all the plays. This made him an identity. He was introduced something like this – ‘He is the soldier who writes Nazm, sings and also acts in plays.’ On 18 June 1949, the Switch Board Operator became Class III at Anand Bakshi Signal Training Center, Jabalpur. In Jabalpur, General Dubey encouraged Anand Bakshi to leave the army and go to Mumbai (then Bombay) to try his luck in films. His first poem appeared in Sainik Samachar on 25 March 1950.

Group photo with comrades in the army.

Nagmein, Kisse, Baatein, Yaadein – is the autobiography of famous Hindi film lyricist Anand Bakshi. In this, he has shared many information about the job in Jabalpur and the Signal Corps of the Indian Army. In the year 1949, Anand Bakshi saw the film ‘Barsaat’ starring Raj Kapoor and Nargis in Jabalpur itself. He had seen this film 20 times. Seeing this film, Anand Bakshi started writing songs in his own style.

‘Prepared a manifesto under the name ‘Motive of life’

On 24 January 1950, he prepared a manifesto of his. Which he named- ‘The purpose of life’. In this manifesto written in Jabalpur it was written- ‘I, Anand Bakshi, declare that I wish to learn music. The aim of my life is to become an artist. To accomplish this, I would go to film, radio or theatre. I will become a singer, composer, director who will be possible. Anand Bakshi spent a lot of time in the army service in the Signal Corps in Jabalpur Division. He lived in Jabalpur from 1947 to 1950. After this Anand Bakshi moved to Jalahalli in Bangalore. From there he came back to Jabalpur on 16 February 1951.

A manifesto was prepared under the name ‘Motive of life’.

Anand Bakshi left his job for the first time in 1950 and reached Mumbai. However, the family members were not ready for this. He didn’t listen to anyone. When he landed at Dadar station, he had two songs. For three months, he used to stay at Dadar station at night protecting the eyes of TT. During the day he used to go round the production house. Couldn’t find work anywhere. The money that was with him was also exhausted. Then caught the train to Delhi from there. Lied to the family members that they have joined the job again.

Arrived to audition in Delhi AIR. Failed the audition on 22 December 1950. He couldn’t believe how he could fail. After this he felt that he should return to military service. Earlier there was an option of re-joining the army. He returned to Jabalpur and rejoined the army on 16 February 1951. For two years he was posted in Jabalpur. He was transferred after promotion in September 1953. He married Kamala Mohan on 2 October 1954 in Lucknow.

1956 I went to Mumbai for the second time

He reached Mumbai for the second time in September 1956. This time it was decided whether to become an artist or drive a taxi. This time also he stayed in the waiting room of the station for several days. Also worked as a motor mechanic. However, later the owner fired from this job. He kept circling the production house. He got success for the first time. Mr Bhagwan told him the story of a film and asked him to write the songs.

Anand Bakshi wrote four songs in 15 days. He liked it and signed a contract with Anand Bakshi. In return, Anand Bakshi got Rs 150. The first song “Dharti Ke Lal, Na Kar Itna Malaal, Dharti Tere Liye, Tu Dharti Ke Liye” was recorded on 9 November 1956. The music for that song was composed by Nishar Bazmee, who later moved to Pakistan. The 1958 film Bhala Aadmi was released.

From radio then made a career in films.

From radio to films again

Anand Bakshi’s struggles did not end there. He did not get any work after this film. Patience began to respond. He also regretted leaving the army job. Felt like I should go back. Mumbai is not for them. From here he again reached Delhi. This time got a job in radio. His first song “Zameen Ke Tare” aired on the radio in 1959. He gradually gained recognition from radio and then also got work in films. Anand Bakshi holds the record for writing the most number of songs. His life’s journey on 23 March 2002 The magic of his songs continues even today. 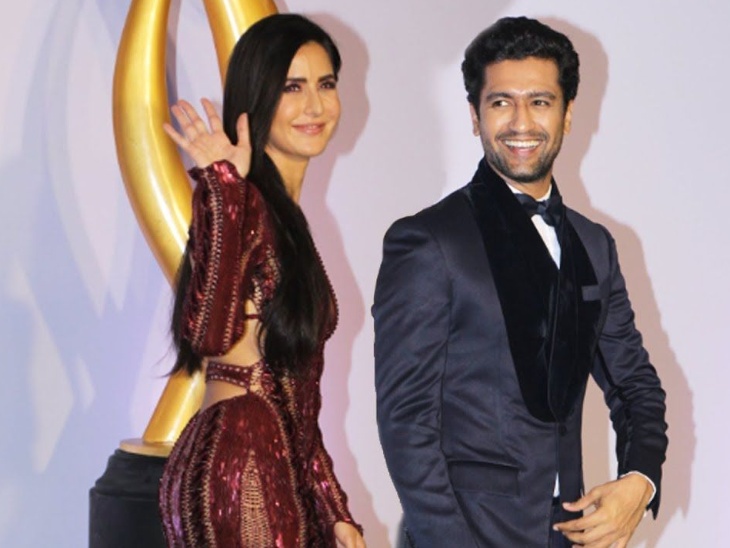 Rumors turned true: Vicky Kaushal proposed Katrina Kaif in front of Salman Khan, then the relationship of both came into limelight due to small mistakes 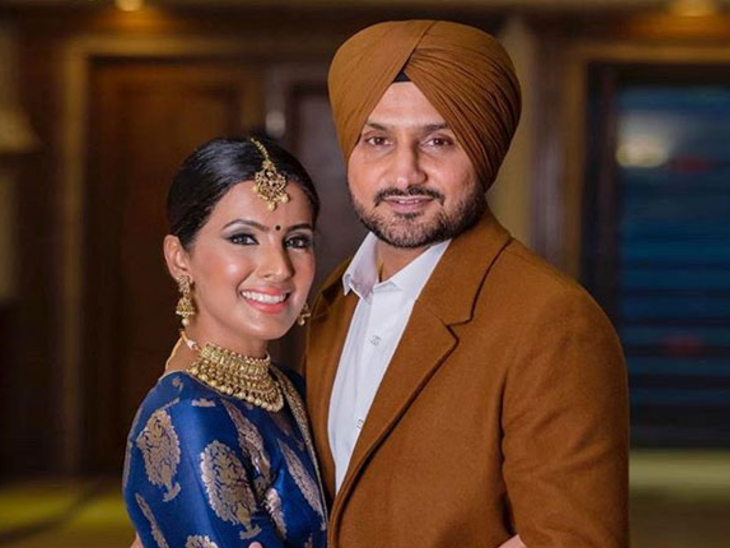 The joy of becoming a father: Husband Harbhajan was present in the labor room during Geeta Basra’s delivery, the actress told how was the daughter’s reaction 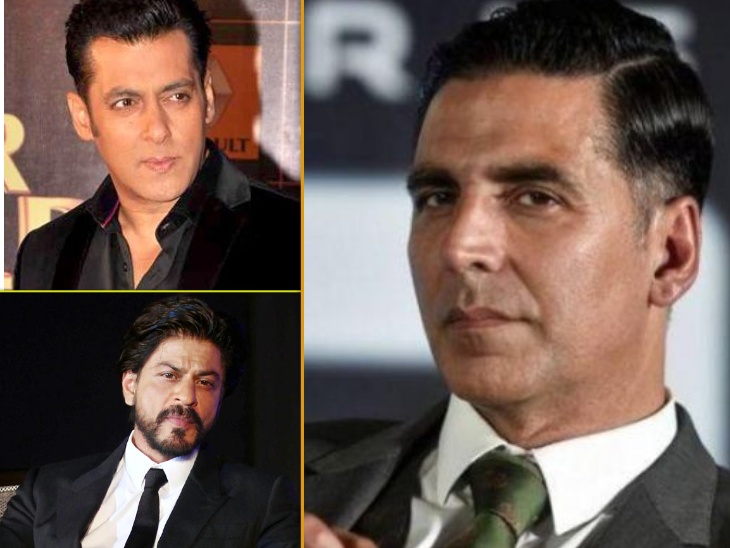