The proposed expansion of the Government General Hospital here has gained momentum with Lucknow-based consultant Muralage visiting the city on Saturday to have a first-hand look at the proposed site and to find out the preliminary soil quality for laying foundations for some blocks up to eight floors.

Anantapur Urban MLA Anantha Venkatarmi Reddy told The Hindu on Sunday that the State government had earmarked ₹300 crore for the project and another ₹400 crore for the Tirupati GGH expansion project. Both the projects have been included in the same package for the consultant. The Anantapur GGH would be expanded from 500 beds to 1,200 beds.

Of the ₹300 crore, ₹270 crore has been earmarked for infrastructure and the rest for procurement of equipment. The new blocks would house various wings such as transfusion medicine, hospital administration, emergency medicine, additional units for general surgery, general medicine, orthopaedics, paediatrics, neonatology and anaesthesiology.

“Chief Minister Y.S. Jagan Mohan Reddy is keen on taking up these projects at the earliest as the medical infrastructure needs to be improved in Anantapur district so that patients are treated here instead of going to Bengaluru or Kurnool,” the MLA said.

Once the process of handing over the seven land parcels totalling 12.79 acres belonging to the various government departments is completed, the consultant will come up with designs and detailed project reports (DPR) in consultation with the Andhra Pradesh Health, Medical Housing, and Infrastructure Development Corporation. 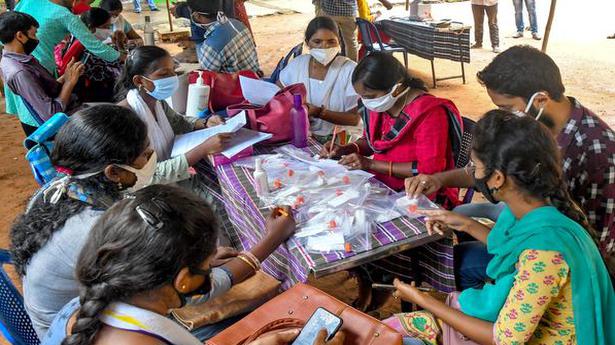 Heavy rains: Jagan asks officials to be on high alert