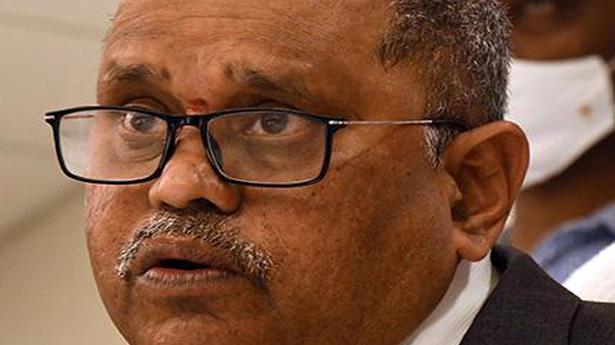 He writes letter against district tours.

Andhra Pradesh State Election Commissioner (SEC) N. Ramesh Kumar, in a letter to Chief Secretary Aditya Nath Das, on Monday said the district tours undertaken by chairpersons and directors of corporations of various departments when the model code of conduct was in force for the gram panchayat elections, would be deemed to be “election tours,” and that no government servant, except those deployed for security purposes, was supposed to accompany the chairperson and directors. No government vehicles should be made available to them for such tours.

Besides, Mr. Ramesh Kumar said vehicles belonging to the government or vehicles engaged by it or officials with public money should not be used for canvassing in any manner from the date of notification of election to the date of announcement of results.

Official visits must not be combined with electioneering work and no official machinery and government personnel or resources, including government vehicles, should be used in furtherance of interests of any candidate.

Such violations of the model code and the provisions of A.P. Panchayat Raj Act, 1994 and the Representation of People Act, 1951 would be dealt with seriously, he said.