A 28-year-old anganwadi worker, who received COVID-19 vaccine at a designated health centre in Aswaraopeta mandal on January 21, died following fever and drastic fall in her blood platelet count in Khammam on Tuesday night.

The deceased was identified as Paddam Nagamani (Chinni) of Nandipadu village in Aswaraopeta mandal. She had received the vaccine at a designated centre along with 95 other anganwadi workers and ANMs in Aswaraopeta on January 21.

Sources in the health department said her death was not related to vaccination and attributed it to suspected “underlying and undiagnosed” health conditions citing “critical thrombocytopenia”.

District Medical and Health Officer (DM&HO) Bhaskar Naik, in a statement issued here on Wednesday night, said Nagamani died due to underlying health conditions. He asserted that the COVID-19 vaccine was safe and effective.

According to Nagamani’s family members, she developed fever the day after taking the jab. She suffered from recurrent fever for little over a week following which she was taken to the PHC at Vinayakapuram on February 6. The medical staff conducted a malaria test on her, which returned negative, sources said.

As her condition did not improve despite medication, she was referred to the Government Area Hospital in Bhadrachalam, where she underwent treatment for high fever, blood pressure and low platelet count. She was subsequently referred to the district headquarters hospital in Khammam on Tuesday. The tribal woman died while being wheeled into the hospital on Tuesday night, sources added.

She is survived by her husband and two children. Her relatives maintained that she had no pre-existing health conditions and sought assistance from the government. 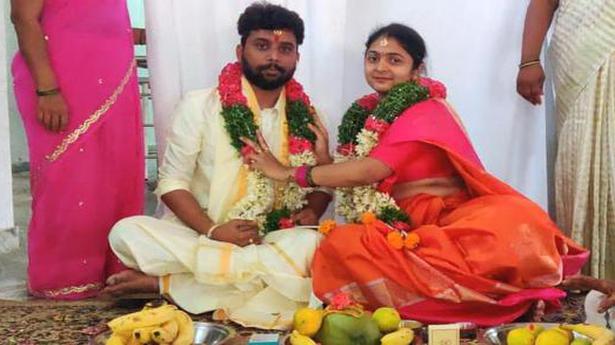