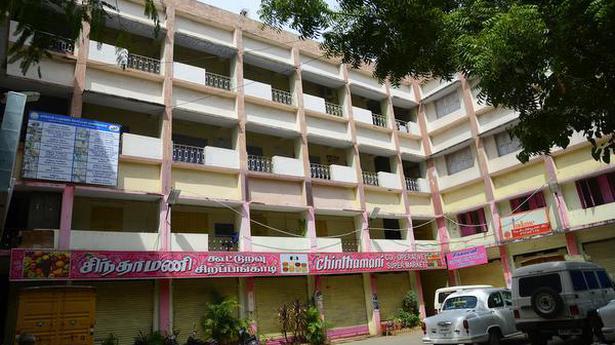 The Chintamani cooperative supermarket may have been razed to the ground, but it has earned a mention in history by organically blending into a story called Anna Nagar

Chintamani Supermarket has been knocked down. And it has a litmus test to pass: Landmarks are put to a popularity vote after they are gone. That is the downside to being a landmark. The best ones survive physical removal, their “ashes” interred with “the everyday”.

Is Chintamani in that league? Or, would it be expunged out of our collective memory?

The cooperative supermarket has two things going for it straightaway. One, it lent its name to a well-used bus stop, and a busy signal to boot. Two, it fits in organically with an unusual story called “Anna Nagar”.

Landmarks with bus stops named after them are likely to have a free and long ride into the future that they themselves are not a part of.

Ponds Bus Stop — on Grand Southern Trunk Road in the Nagalkeni area of Chromepet — has indelibly scripted the memory of a factory that the Ponds Company functioned from, into the common man’s daily commute.

These names are history in shorthand, and the curious lot from successive generations decipher them, even elaborating on the stories of the times they represent.

An example right in Anna Nagar — not too far from what was Chintamani only a few days ago — is the Blue Star Bus Stop and the Blue Star Signal.

“In 2014, we stumbled upon the origins of the title ‘Blue Star Bus Stop’, through something that IPS officer (retd.) Roshan Lal Handa shared with us. Somewhere in the late 1960s, the bus stop derived its name from an iron shop (isthirikadai) bearing the name ‘blue star’ in Tamil,” says Thirupurasundari Sevvel of Nam Veedu Nam Oor Nam Kadhai, a social history initiative that particularly documents stories about West Madras, which includes Anna Nagar.

Thirupurasundari recalls being intrigued by this piece of information.

“It is widely assumed that the bus stop and the signal took their name after the local presence of the Blue Star company on the same road, and bore it even after this presence left the neighbourhood. Curiously bearing this company’s name, the iron shop did predate the establishment, as we discovered when we carried out a social-research exercise based on Mr. Handa’s lead. We interviewed senior and long-time residents, and thirty-two people confirmed it,” discloses Thirupurasundari.

Going by this account, there seems to be a rare case of coincidence.

What makes this piece of social-history research really remarkable, according to Thirupurasundari, is how it provided a peek into what is at the core of this neighbourhood.

Thirupurasundari continues: “In the late 1960s and early 1970s, there were only a scattering of houses in Anna Nagar, a planned neighbourhood. Back then, it was a neighbourhood primarily populated by government employees, who had bought TNHB plots. Residents point out that the owner of this iron shop, who operated with two assistants, would apply starch to the uniform of police personnel domiciled in the neighbourhood. His small enterprise was well-known. A few residents with houses around the Blue Star Signal area, who were born in Anna Nagar and are in their fifties and sixties now, have told us how as children, they would be asked to stand next to the ‘blue star’ iron shop, and wait for the bus. Naturally, in time, the bus stop got that name. Residents would have sent their children to schools near and far by public transport, and there was CSI Ewarts and schools in Mylapore that drew students from far.”

Every landmark will ultimately go, but some do “remain” as footnotes to history. Chintamani will put in a modest appearance wherever the history of Anna Nagar is discussed.

Dr. Pandarinath has not set foot in the Chintamani Supermarket, but he instinctively realises that it is integrated into the Anna Nagar story.

When it was thrown open on March 23, 1974, by R. Natarajan, then Special Secretary of the Cooperative Department, the cooperative supermarket was a visible and powerful symbol of town planning. It was named after a successful experiment in cooperatives, in Coimbatore, that spread to other parts of India.

“The fact that this was a planned marketplace where residents can buy essentials at subsidised prices, and came with the early blueprint for Anna Nagar, earns it a place in history,” says Thirupurasundari. “It blends organically into the other elements of the Anna Nagar story, which in its initial years was about government employees, state and central, putting down roots in the neighbourhood.”

Says Dr. Pandarinath: “At the time (of the Chintamani Supermarket being established), I was in the Army, and I heard that something had come up. I had in fact got my plot way back in 1967, and whenever I would come down, I would go and look at the plot on Twelfth Main Road. In the late 1970s, I received a letter from Tamil Nadu Housing Board that if I did not construct a house on the plot it would be taken away. I said I was in the Army and therefore would not be able to supervise the construction, and they gave me exemption. However, in 1980, I had a house built on the plot and gave it to the Army because my work was in the Himalayas,” says Dr. Pandarinath.

He would continue to carry out his duties as doctor in the high-altitude ranges of the Himalayas, including Pir Panchal and Dhauladhar, and it would be 1995, following his retirement, when he and his family would finally settle down in their house on Twelfth Main Road. Though he never ever shopped at Chintamani, he knows it is part of the foundations on which the locality was planned and established.

Dominic Johnson, who lived in Shenoy Nagar for 33 years and has been living in X Block of Anna Nagar, behind the iconic Anna Nagar Tower, since 1991, has memories of booking tickets at Southern Railway’s Booking Office in Chintamani.

Though over the years he would find the walls leading to the booking office increasingly marred by pan stains, there are simple but enduring memories to cherish about “Chintamani the landmark”, where “in the 1970s, we would congregate before heading to the Thiru Vi Ka School grounds for cricket. There would be no buildings after Chintamani.”

There are buildings everywhere now, but no Chintamani. But certainly, memories. 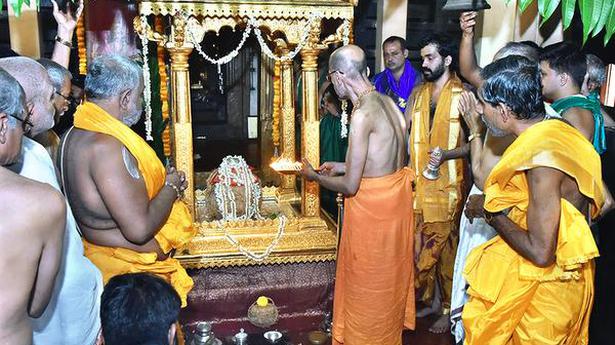 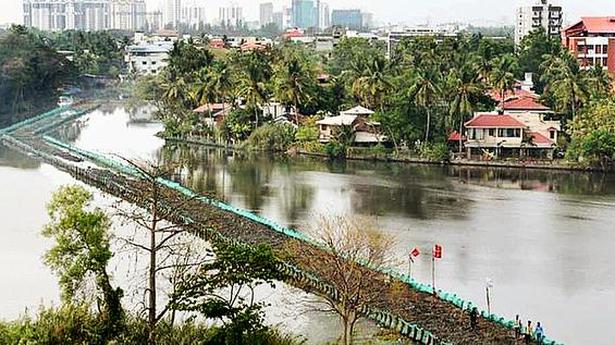 Focus on completion of long-pending projects