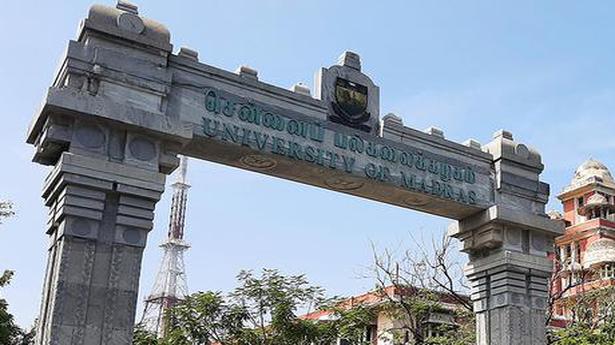 Is there an anomaly in the eligibility criteria for admitting OBC (non-creamy later) candidates to Ph.D programmes at the University of Madras? A clarification has been sought from the office of the Governor/Chancellor of the university.

A petitioner has written to Raj Bhavan, stating that the eligibility criteria is 55% marks in aggregate or an equivalent grade of ‘B’ on the 7-point scale of the University Grants Commission (UGC).

A relaxation of 5% of the marks, from 55% to 50%, or an equivalent relaxation of grade, may be allowed to those belonging to the Scheduled Caste and Tribe and differently abled categories.

But the university follows the UGC’s guidelines as per the notification dated May 5, 2016. It states that the eligibility criteria — the relaxation of 5% of marks or an equivalent relaxation of grade — may be allowed to those belonging to the SC/ST/OBC (non-creamy layer) /differently abled and other categories as per the UGC’s decision from time to time.

“The ‘OBC (non-creamy layer)’, mentioned in the notification, is missing from the guidelines of the University of Madras. Thereby, candidates of the OBC categories who have less than 55% marks in the Masters, but with more than 50%, will not be eligible for a Ph.D programme at the University of Madras,” V. Nidheesh, of Chennai, said in his petition under the Right to Information (RTI) Act. He appealed to the Governor/Chancellor to initiate steps to correct the “mistake” in the regulations. Since there was no response to his first petition filed under Section 6(1) and appeal under 19(1) of the Act, he moved an appeal before the Tamil Nadu Information Commission.

After the Public Information Officer, Raj Bhavan, informed that a letter received from the petitioner was referred to the university, State Information Commissioner S. Muthuraj directed the university to reply to Mr. Nidheesh within a week.

Going by the university’s guidelines, a relaxation of 5% of marks or an equivalent relaxation of grade may be allowed to those belonging to the SC/ST/differently abled categories or to those who have obtained their Master’s degree before September 19, 1991.

The UGC’s 2016 notification detailing the eligibility criteria for appointment as faculty members says a minimum of 55% marks (or an equivalent grade on a point-scale) at the Master’s level shall be the essential qualification for direct recruitment of teachers and other cadre of an equivalent rank at any level. A relaxation of 5% shall be allowed at the Bachelor’s as well as Master’s level to the candidates of the SC/ST/OBC (non-creamy layer) and differently abled categories. 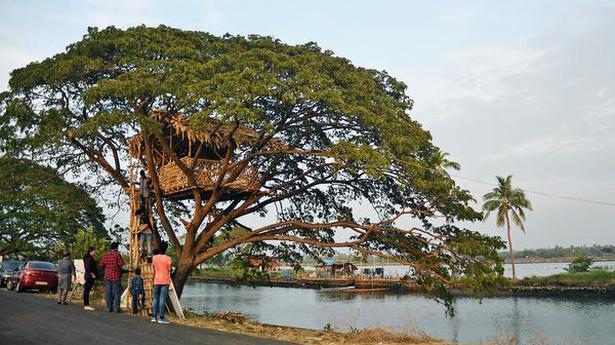 Solution in sight for development woes of Kadamakudy islands