The Delhi High Court has granted bail to a man arrested in connection with the north-east Delhi riots in February, noting that the police has not been able to explain why there was a delay of seven days before his name was added in the FIR.

Justice Suresh Kumar Kait said it was not in dispute that the incident took place on February 25, but the statements of two constables who were on duty and saw the incident as well as identified the accused, Kasim, was recorded only on March 3. “There is no explanation as to why the police officials did not make a PCR call/DD (daily diary) entry to the concerned police station regarding involvement of petitioner on February 25,” the High Court said.

Justice Kait noted that Kasim’s name was added only after a person, allegedly injured in the riots, recorded his statement on March 3 in which he named Kasim. After this, the constables made their statements and also identified the accused.

The HC further noted that as per the chargesheet, 11 videos showed the riots on February 24 and 25 at the crime spot, and at the house of former AAP councillor Tahir Hussain. “It is also not in dispute that co-accused Mr. Hussain and Liyakat were seen in the CCTV footage, however, petitioner [Kasim] is not seen in any of the 11 videos,” said Justice Kait.

The special public prosecutor had argued that Kasim is a ‘Bad Character’ of the area and there are 10 cases against him due to which the constables knew Kasim and were able to identify him.

The injured person who identified some of the rioters, including Kasim, stated that he was near Mr. Hussain’s house around 4 p.m. on February 25 and saw an angry mob on the terrace pelting stones, firing guns, throwing petrol bombs, and chanting communal slogans. During the violence, the person was allegedly shot in his shoulder.

Around 4:00 pm, he came out of his house to purchase some household articles and when he reached near Lakhpat School, Chand Bagh, he found that riots broke out in the whole area.

When he reached near Tahir Hussain’s house, he saw angry mob on the terrace of the said house, who were pelting stones, firing gun shots and throwing petrol bombs upon the houses of Hindu community.

He said that the mob was chanting anti-communal slogans. Later, one of the boys namely, Gulfam, fired upon him which hit on his right shoulder. He identified the other accused including Tahir Hussain, Shah Alam, Tanveer Malik, Nazeem and Kasim.

“Without commenting on the merits of the case and in view of the aforesaid facts, this court is inclined to grant bail to the petitioner,” the High Court stated.

The High Court recently granted bail to another man charged with rioting in a Delhi riots case, after noting that there is no CCTV footage, video clip or photo to corroborate the prosecution’s claim.

Justice Kait ordered that Mohd. Rehman be released on bail, if not required in any other case, on his furnishing a personal bond of ₹25,000 with one surety of like amount. 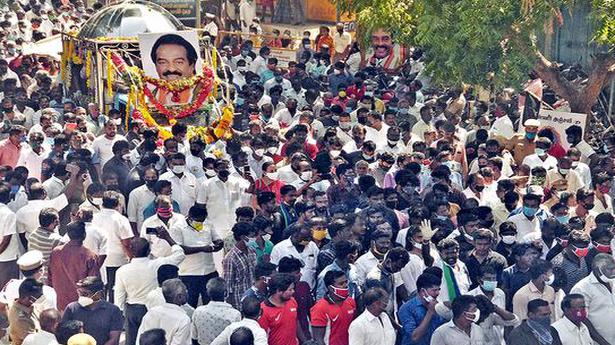 13,415 seats filled in 2nd round of counselling

WASHINGTON: The fiancee of journalist Jamal Khashoggi sued Saudi Arabia’s crown prince and other officials Tuesday in a US court,