Prime Minister Narendra Modi will inaugurate the Sagarika International Cruise Terminal on Sunday, marking another landmark for Kochi, which has turned into a major cruise destination across the globe.

According to figures from the Cochin Port Trust, 44 cruise vessels called at the port during the financial year 2019-20, the numbers having remained near constant over the last decade during which the port and its facilities have turned popular among cruise vessels.

The cruise vessel handling facility, which is now being enhanced by the inauguration of Sagarika, started initially more than a decade ago. The Port Trust figures showed that 41 cruise vessels were handled in 2010-11 and since then the number of tourism ships calling at Kochi has remained constant except for the current financial year, which has been a virtual washout for the entire tourism industry due to the outbreak of COVID-19.

The Cochin Port Trust has catered to the requirements of major cruise operators in the industry and port sources said major operators had found the Kochi facility to their satisfaction. The cruisers calling at Kochi on a regular basis include Cunard Line, Royal Caribbean Line, AIDA Cruises and Costa Cruises.

The Union government has relaxed cabotage restrictions for cruise vessels so that it is possible to transport Indians from one port to another port in the country on foreign cruise vessels transiting through the country’s waters. The location of Kochi, close to the sites in Mattancherry and Fort Kochi that have a rich historic legacy, too has added strength to the importance of the port as a major cruise destination. The backwater tourism in Alappuzha and spices destinations in Idukki are also close enough to draw major tourist operations. 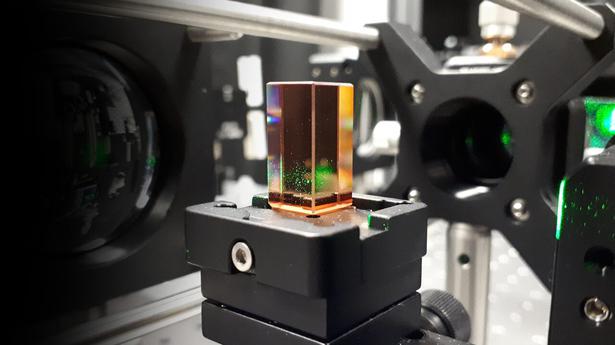 Microsoft’s exploring holographic storage devices for its cloud. What does it mean?