Tirunelveli Corporation Commissioner G. Kannan on Sunday said 1.5 tons of waste material were removed from houses in nine wards during a dengue fever prevention drive in the city.

Every Saturday, beginning from December 12, Corporation authorities would conduct dengue prevention camps and staff of the public health department would screen residents for cold and cough and take samples, if necessary, for further tests.

The Commissioner said officials conducted door-to-door drive in 20,020 dwellings in nine wards and found occupants in 130 houses negligent. Fines were imposed on them. The need for support and cooperation from the public was highlighted by officials during the camp. Voluntary tests would help in eliminating the disease and prevention would be effective.

During the day-long operation, officials lifted close to 1.5 tons of unwanted waste lying in houses and buildings. Objects such as unused tyres and coconut shells that could hold rainwater were the perfect recipe for mosquitoe breeding, he said.

He appealed to residents to throw away such objects and keep their surroundings clean and free of waste material. Similarly, he also urged them to ensure that there was no water stagnation behind refrigerators and in split AC units.

A city health officer said 199 samples were taken after residents showed symptoms of cold and cough. As many as 6,037 people were given kabasura kudineer.

Anti-dengue fever camps would be held every Saturday in the city covering all wards and fogging would be carried out twice in nine wards. 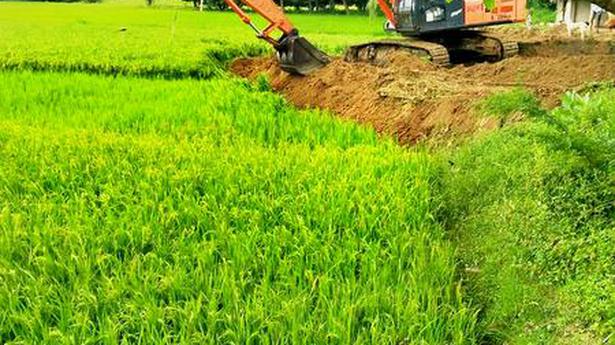