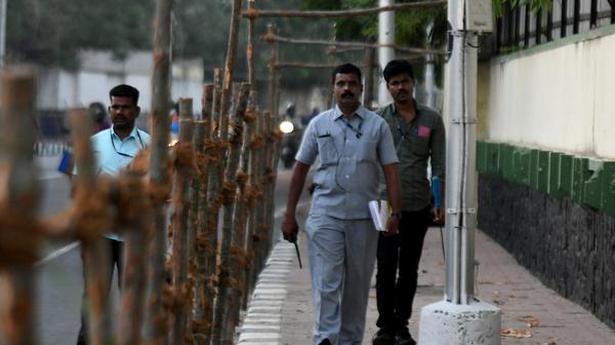 While vehicle checks and night patrolling have been intensified, police sources said the vigil on hotels, lodges and guesthouses has been stepped up too

Security agencies have installed anti-drone jammers at vantage points as part of an elaborate security arrangement for Prime Minister Narendra Modi who will be visiting Chennai on Sunday to launch various projects. The Prime Minister is scheduled to stay for about three hours in the city before proceeding to Kochi.

Bullet-resistant cars for the VVIP were flown in from Delhi by a special aircraft on Friday and rehearsals conducted. In Chennai, Commissioner of Police Mahesh Kumar Aggarwal reviewed the security arrangements with senior police officials. While vehicle checks and night patrolling were intensified, police sources said that the police stepped up vigil on hotels, lodges and guesthouses to keep tabs on suspicious persons visiting the city.

Senior police officers were directly supervising anti-sabotage checks at the venue, helipad and the Chennai Airport. People entering the stadium would be subjected to a thorough frisking and police would also use hand-held metal detectors to check people standing along the convoy route, the sources said.

An alert has been issued to prevent people owing allegiance to radical outfits or other organisations who might attempt to stage a demonstration during Mr. Modi’s visit in support of their demands. The city police will be making traffic diversion on roads leading to the function place, police sources added. 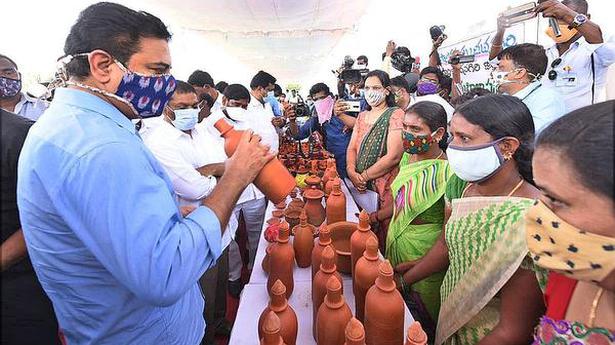 Pattana Pragathi will be true homage to Bapu: KTR