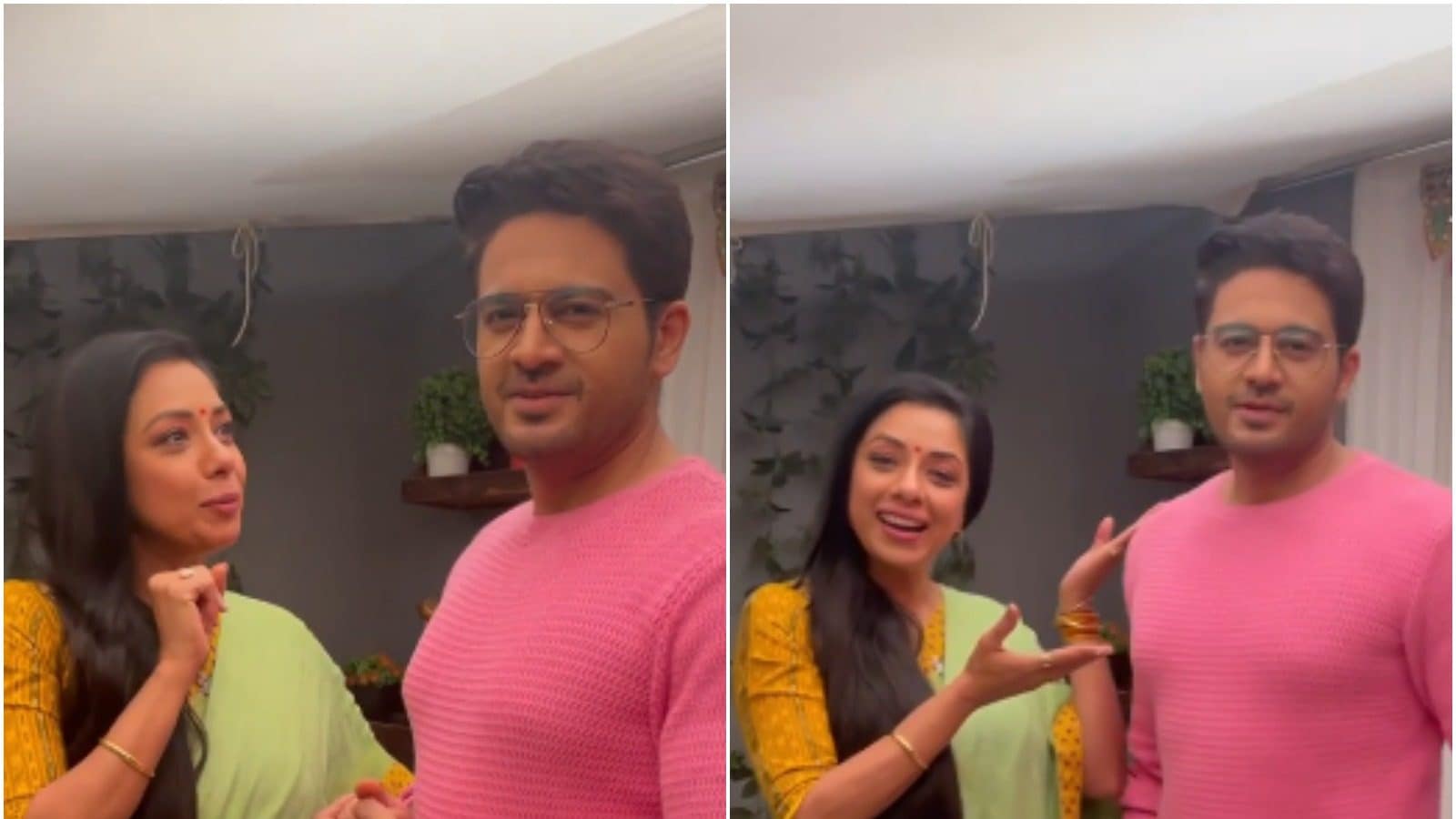 
Rupali Ganguly and Gaurav Khanna are widely loved. The two actors enjoy a massive fan following as Anupama and Anuj Kapadia. Their on-screen bond, care, and friendship is highly appreciated by fans. As Anuj Kapadia plans to proposed Anupama and finally confess his love for her in the show, Rupali Ganguly took to Instagram and dropped an adorable behind-the-scenes video.

In the video, Rupali Ganguly can be seen teasing Gaurav Khanna as stuns in a pink sweatshirt. While Gaurav expresses displeasure with the colour of his outfit and adds that he is looking like a ‘digene ki bottle‘, Rupali addressed him as a ‘cute bubblegum’ and sings Pinky hai paise walo ki song for him. The video speaks volumes of the on-screen and off-screen chemistry between Rupali and Gaurav. “I thought the pink looks so good on him – what do u all think? Since we r building up to Anupamaa Ka confession to Anuj…thought to share some bts of Gaurav and Rupali,” the actress wrote while sharing the video.

Needless to say, the video has left MaAn fans in complete awe. The comment section of Rupali’s post is flooded with heart emojis. “We just love you Mr. KAPADIA red blue green yellow pink no matter what colour you wear you always always always win our hearts,” one of the fans wrote. Another social media user commented, “How cute bubblegum (sic) both are looking so so cute.”

Meanwhile, the makers of the show are planning to end Anuj Kapadia’s 26 years old longing for Anupama. Recently, the show’s production house took to social media and dropped a series of pictures in which Anuj can be seen proposing Anupama by going down on one knee. While Anupama looks stunning in a red saree, Anuj also flaunts his charming avatar in a black shirt. “Finally, Anuj’s wait for 26 years is over!” the caption read.

Talking about the show, Anupamaa, it is one of the most popular shows and is on the top of the TRP chart for months now. The show stars Rupali Ganguly, Gaurav Khanna, Sudhanshu Pandey, Aneri Vajani, and Madalsa Sharma among other actors. It airs on star plus.