Plea in KAT against circular on Feb. 16 to ‘bypass’ the criteria for promotion

Kozhikode The Kerala Administrative Tribunal (KAT) is likely to take up a plea filed by a section of primary school teachers against what they term an “hurried attempt by the Education Department to elevate unqualified senior teachers as head teachers in government and aided primary schools” in the State.

Those who filed the petition told The Hindu on Thursday that the Education Department filed a circular on February 16 to bypass the criteria for promotion as head teachers. The Right to Education Act stipulates that a teacher should have at least 12 years of experience and passed department-level tests along with an exam on the Kerala Education Act and Rules (KEAR). The Act also gave three years for head teacher aspirants to pass the mandatory Account (lower) test, conducted by the Kerala Public Service Commission, and the KEAR test.

Appointment of head teachers in primary schools, however, had not been happening since April last year following cases filed in the Supreme Court, Kerala High Court and KAT by both qualified teachers and incumbent head teachers who are unqualified. The apex court had asked the government to maintain the status quo as a final verdict is yet to be issued.

The section of teachers who have approached the KAT claimed that the State government had also issued a gazette notification in December 2020 and later a correction in January this year relaxing the above criteria for those aged above 50. Now, the circular issued on February 16 says that the vacancies of head teachers reported till May 31, 2020 should be filled in the next 10 days. The petitioners alleged that this is to help leaders of influential teachers’ organisations who will retire in the next three months. If these unqualified teachers get promoted now, they will be eligible for higher pension and other benefits, the petitioners claimed.

According to sources, the authorities in Kannur have prepared a list of 133 teachers to be elevated, of which over a dozen are unqualified. 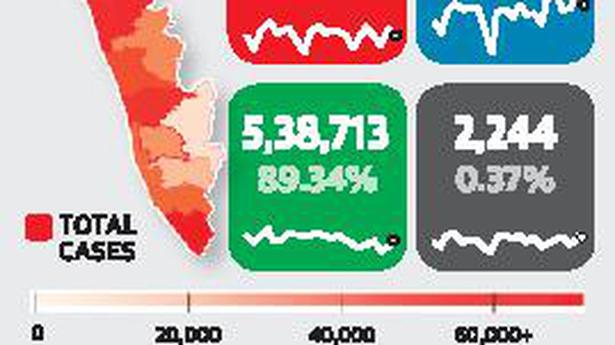 Kerala’s caseload comes down in November

Single-teacher school teachers to be regularised