Staring at huge revenue losses as COVID-19 pandemic eats into their daily business, officials at the helm of the AP State Road Transport Corporation (APSRTC) are trying to get their act together.

Hopes pinned on resumption of inter-State bus services with the neighbouring States faded, especially after the much-awaited agreement with the Telangana RTC came a cropper.

Sources indicate that by having its way in the inter-State agreement, Telangana has inflicted an annual loss of not less than ₹260 crore on Andhra Pradesh on the issue of parity.

Before lockdown, the APSRTC operated 1,009 buses to Telangana, but it had to bring down the number to 638 as part of the new agreement while Telangana increased the number of its buses operating in A.P. from 746 to 822.

The parity issue cost the APSRTC dearly, which had to reduce 371 buses to Telangana while the latter now operates an additional 72 buses to Andhra Pradesh.

In the new agreement, AP buses operate in 13 routes in Telangana against the latter running its buses in 33 routes in AP.

In the key Vijayawada-Hyderabad route, the APSRTC, which operated 139 buses till March 22, is now permitted to run only 75 buses. On the contrary, TSRTC has increased its buses from 89 to 200 in the route.

To make up for what has been lost in the agreement with Telangana, the APSRTC officials are trying to find alternative sources of revenue generation.

“We want to increase the volume of operations, and this has been conveyed to the government. We also want to re-position the bus services within the State,” said K.S. Brahmananda Reddy, Executive Director (Operations).

The focus currently is on restoring hired ‘Express’ buses in the State from December 1.

At a recent meeting of the EDs and Regional Managers, the officials were asked to inspect the buses thoroughly for mechanical fitness, upkeep, upholstery of seats and safety aspects by means of a road test in 5-km stretch as the vehicles would be put to use after a gap of over eight months.

Mr. Reddy said, for now, a total of 298 buses had been confirmed.

Expressing concern over the fact that reduction in the number of APSRTC buses in important routes has given ample scope for private bus operators to grab the opportunity and operate their contract carriages as stage carriages in violation of the rulebook, leaders of the Public Transport Department Employees’ Union have urged the government to crack the whip on them.

“The only way to address the issue is to add new buses in the APSRTC fleet and cover every possible area, without giving scope to the private operators. Taking advantage of the situation, 750 private buses are operating, eating into the RTC income,” said P. Damodar Rao, general secretary of the union. 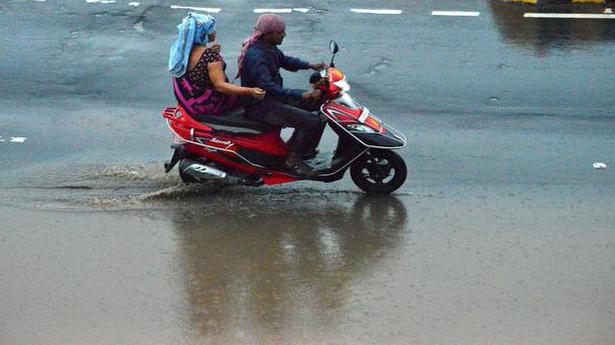 Storage goes up in reservoirs as wet spell resumes in Nellore, Prakasam

‘MR College has always been a private institution’

Fed up with Ads? Install Dainik Bhaskar app for news without ads To tie33 minutes ago Copy link This photo