The hopes of a large number of people, who waited eagerly for inter-State bus services to resume between the State and Telangana by the Andhra Pradesh State Road Transport Corporation (APSRTC) at least during the Dasara festivities, are dashed to the ground.

The APSRTC will operate 1,850 special buses from October 15 to 28 to cater to the needs of the public during the festival days, but only within the State. Of the 1,850 buses, 574 buses would be operated to Bengaluru (562) and Ballari (12) ,while the remaining will be intra-State services.

“We are not operating any buses to Telangana, Chennai and Puducherry during this festival season,” said K.S. Brahmananda Reddy, the corporation’s Executive Director (Operations).

This also means that people who plan to travel to a place outside the State during festival will be forced to rely on private operators, who charge exorbitant fares.

About the standoff with its Telangana counterpart on the inter-State services issue, Mr. Reddy said the APSRTC had sent a proposal, agreeing to the Telangana demand that APSRTC buses operate in not more than 1.6 lakh km distance in that State. “We are waiting for their response,” he said.

The APSRTC has always been operating more number of buses to Telangana. Yielding to the neighbouring State’s demand in the past, Andhra Pradsh had reduced its operations from 3.73 lakh km per day in Telangana to 2.6 km, while latter increased its operations in Andhra Pradesh from 94,000 km to 1.52 km. There is still a gap of 1.1 lakh km of distance which has turned into a bone of contention.

APSRTC is ready to cut down on its operations in the neighbouring State by another 50% suggesting that TSRTC increase it by 50 % to reach a parity in distance.

“The routes we operate on are established routes, in high demand by the public. Every bus service on these routes has above 75% of occupancy ratio. Instead of putting the public to inconvenience by reducing our services, we are instead asking Telangana to scale up its operations in Andhra Pradesh. But they do not want to increase their bus operations and want us to further bring down the distance covered by us in Telangana to 1.61 km,” said Principal Secretary, Transport, and Vice-Chairman and Managing Director of APSRTC M. T. Krishna Babu.

The officials of the APSRTC are worried that giving up on profitable routes may further add to their revenue losses, besides causing travel inconvenience to the local public. “This will only benefit the private bus operators, who will capture RTC routes and fleece the public,” said Mr. Babu. 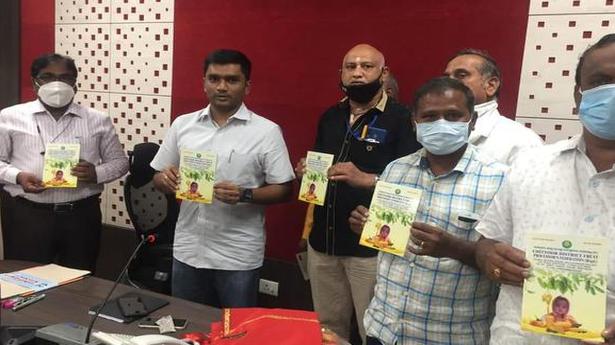 Madanapalle tomatoes for Chennai by rail from next week