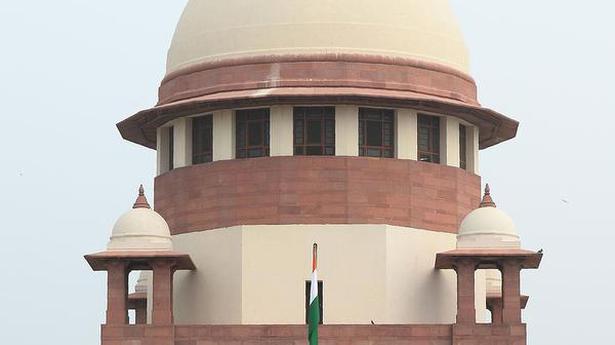 On January 12, 2021, the Supreme Court stayed the implementation of three controversial farm laws passed in September 2020 and ordered the constitution of a committee of experts to negotiate between the farmers’ bodies and the Government of India. Rather than deliberating on the constitutionality of the three laws, the court appears to be trying to move some of the parties towards a political settlement. Arguably, in doing so, it is wading into the domain of the government. Has the court in this case abdicated its constitutional duty mandated by the Constitution and is this a growing trend? Anuj Bhuwania and Arun Thiruvengadam discuss this question in a conversation moderated by Jayant Sriram. Edited excerpts:

In the present instance of the court staying the farm laws and forming a committee to break the deadlock between the farmers and the government, what really stands out to both of you as problematic about this particular intervention?

Anuj Bhuwania: What’s really striking here is that nobody asked the court to intervene in this particular manner, to break the deadlock. As the court itself noted in its January 12 order, there are three sets of petitions: one is challenging the constitutionality of the laws and the others are with regard to the protests. None of them ask the court to negotiate between the two parties.

Now, the court has repeatedly said in its oral comments that it views the protests as completely legal and part of the exercise of citizens’ rights under Article 19 of the Constitution. And it has also said that the police alone can take a call on the security aspect. The court is not even framing these cases before it in legal terms. But it has still gone ahead and intervened in this manner, noting that the government has not been particularly successful in negotiating with the farmers’ groups. It has decided that it can do better than the government and appointed its own committee.

The court gave the precedent of the Maratha reservation case in which it had issued a stay, but in that instance, the stay was given on constitutional grounds. Here it does not take up any such constitutional issues though these issues have been pleaded before the court by the farmers associations. The issues are of federalism, of agriculture being a State subject, as well as the manner in which the voice vote was passed in the Rajya Sabha, which was controversial.

Arun Thiruvengadam: If you look at the January 12 order, what is striking is that the court does not even set out clearly what the legal grounds of challenge are. The petition filed by the Bharatiya Kisan Party argues that under our constitutional scheme, agriculture and farm produce are matters reserved under entries 14, 18, 30, 46, 47 and 48 of List II of the Seventh Schedule to the Constitution, which lays out the subjects on which State Legislatures are competent to enact law. The argument is that the Centre simply could not pass the farm bills as it did not have legislative competence.

Editorial | Imposing a compromise: On courts and laws

Courts are, of course, competent to issue stay orders on parliamentary laws, but they need to set out legal reasons. When you look at the reasoning given by the court, in paragraph 8, the court says, “We are also of the view that a stay of implementation of all the three farm laws for the present may assuage the hurt feelings of the farmers and encourage them to come to the negotiating table with confidence and good faith.” Now, this is a strange reason and arguably not a sound legal reason. To issue a stay, courts usually state the legal and constitutional arguments which make them take the view that the law, on its face, raises a question of constitutional violation. But when the court cites “assuaging hurt feelings” of a section of people who are protesting against the laws as a reason to stay a parliamentary law, the order does not seem to have a clear legal basis. That’s why some commentators have asked whether the court is looking at administrative concerns rather than legal considerations.

In a different but related case, the Supreme Court told the Delhi Police that the question of whether the tractor protests should be allowed or not is a ‘law and order’ question and that it is for the police to deal with. It said, don’t come to us. This seems particularly strange because the question of the protesting farmers is also a ‘law and order’ question that authorities have to deal with. The constitutional challenge to the farm bills involves far more people and far more serious questions than only the farmers who have gathered at the borders of Delhi. So, it seems to me that the Bench has been inconsistent in how it is approaching these questions.

The Hindu Explains | Can courts stay laws made by the legislature?

Broadening the scope of the discussion, is there a case for the Supreme Court, or for the High Courts for that matter, to be more proactive in matters of governance?

Anuj Bhuwania: In India, almost every political issue gets rapidly translated into legal terms, and there’s nothing inherently wrong with that. In fact, what we see here with regard to the court is not just a problem of commission but also a problem of omission. There are issues central to Indian politics such as the change to Article 370, the Citizenship (Amendment) Act, reservation quotas for economically weaker sections, electoral bonds, and, more recently, the so-called ‘love jihad’ laws which are all extremely politically controversial. What is striking is that the court has shown no urgency in hearing any of them and has refused to pass a stay order in all of these cases.

On the other hand, the court has very much intervened in matters that are extremely controversial, the most recent obvious example being in the Ayodhya case, if it is determined to do so. So, what we see is that the court is actually abdicating its constitutional responsibility of judicial review. At the same time, it’s acting in usurpation of executive and legislative powers, going beyond the standard areas of judicial behaviour.

Arun Thiruvengadam: Let me take a slightly broader view. This question of judicial overreach is a phenomenon that has been observed in multiple contexts in various countries. Historically speaking, the idea that judges can exercise review powers to overturn laws enacted by democratically elected governments and Parliaments is of fairly recent origin. It is only in the post-World War II era that this idea has become dominant around the world. This has also led to changes in thinking about the role of courts. For instance, in South Africa, there is an interesting provision in their Constitution that enables courts to enter into a dialogue with legislators to prevent a situation of a legal vacuum. So, the court can point out that a law that Parliament has passed is inconsistent with the Constitution to a particular extent, and can allow Parliament time to fix the identified problem.

In India, while adopting our Constitution in 1950, the framers of our Constitution made departures from the idea of parliamentary sovereignty, i.e., the kind you see in the Westminster type of Constitution in the U.K. (where Parliament has much greater power as compared to other systems). The framers gave courts the important power to strike down parliamentary laws. Over time, courts have used this power to check the power of the executive, while also extending their own authority. So, to give you an example, take the power of imposition of President’s rule under Article 356. It was initially understood that courts cannot go into the question of whether President’s rule has been properly imposed as this was based on the ‘subjective’ satisfaction of the President, but the Supreme Court has held that even that high power can be reviewed, at the very least on procedural grounds (S.R. Bommai v. Union of India).

So, these are some of the trends that led to the Indian Supreme Court being described routinely as the world’s most powerful court, from about the 1980s till about 2015. But in all the recent cases that Anuj has mentioned, where legal and constitutional questions were raised, the court simply has not taken on those questions, and has put them in cold storage, often for years at a time. Instead, it is choosing to intervene in cases which are arguably less consequential or relevant, leading to questions being raised about the legitimacy of its intervention. Looking at the work of the court since 2017, it is quite debatable whether it is as strong a defender of constitutionalism and rights as it was in previous years.

Anuj Bhuwania: Usually when we talk about the Supreme Court, we say that in the initial period it was a more conservative court and then it became more radical over time. But even if you look at the so-called conservative period and the big-ticket political issues that came its way such as land reforms, reservations, the use of Article 356, bank nationalisation, privy purses etc., these are all issues on which the court actually adjudicated pretty promptly. Not necessarily in ways that many of us may agree with but the point is that the court didn’t shy away from giving its opinion. But what we’re seeing recently is the court is very reluctant to take up constitutional challenges to similarly politically controversial moves. That’s quite unfortunate.

Can we point out instances in which the court has played a positive role in protecting or advancing the rights of various groups, in some cases, perhaps even taking up issues before the executive could come to them? Has the manner in which the courts have done so changed over the years?

Arun Thiruvengadam: The classic justification for taking up these cases is to uphold the interests of a group which cannot prevail in a majoritarian system of elections, which are important but not the only concern of constitutional democracies. I think a classic instance fairly recently where the court was seen as performing that role is in the Navtej Johar case (Navtej Singh Johar v. Union of India) which relates to the question of the LGBTQ community and specifically on the question of decriminalisation of Section 377. This is an issue that the courts grappled with for a fairly long time. We know that LGBTQ populations in any human population are going to be a fairly small number. So, for them to run a political campaign and get a majority in Parliament for their position was going to be difficult. After a long struggle and considerable back and forth, the court finally decriminalised same sex relations in 2018.

Anuj Bhuwania: The court’s record of acting in a counter-majoritarian manner is extremely erratic if not non-existent. Even if we take the Navtej Johar case as an exemplary instance, it was preceded by the Kaushal v. Naz judgment, where the court dismissed the LGBTQ community as a minuscule minority. The court has not been particularly interested in performing any counter-majoritarian role for a long time now. The Navtej Johar judgment is more like the exception that proves the rule. I would say in general that when we look at the court’s role we have to think of it more institutionally, we have to think about how it grounds its decision in terms of its reasoning. And look at its politics somewhat expansively — not just in terms of outcomes and who it benefits, but also in terms of its process. And the process includes who it hears and how it hears but also how it decides in terms of its reasoning.