The recent events at Red Fort on 26th January 2021 shall go a long way in determining the state of affairs of law and order in India. It was a painful site to see the police personnel being attacked by the citizens with brutal force. The patience and tolerance of a police personnel must be appreciated. However, what is the impact of such perceived police inactivity (PPI) on the future of law and order in the country remain to be fully understood. Past research in this domain states that perceived police inactivity results in increased level of crime. The events of 26th January 2021 particularly as they pertain to the Red Fort siege demonstrate mobocracy. Are regular police the right instrument to even handle such mobs is question that remains unanswered?

During mobs, riots and protests, the tendency to indulge in deviance or anti-social activities increases, leading to crowd conflicts with the police. Crowd conflicts pose a serious danger to the safety of people and property, as well as overall social peace and order. De-individuation theories of crowd behaviour propose that crowd members lose control of deviance because of (a) loss of private self-consciousness, due to increased group cohesiveness and arousal, and (b) loss of public self-consciousness, due to anonymity, diffused responsibility and a lack of individual accountability.

In order to handle disorder issues, the police usually adopt one of the following three approaches: (a) take strong action and utilise heavy force, (b) peaceful intervention involving interaction with the public for a “no surprise” strategy, and (c) take no action. While the first two activities portray the police as defenders of freedom and enforcers of legitimate power, the third strategy probably showcases the police as indifferent, apprehensive, or even fearful.

To an average citizen watching the chaos in Delhi on 26th January 2021 in person, online (Red Fort siege was live online), or on TV, it appeared to be a case of PPI. PPI refers to the passiveness of the police towards following any kind of visible policing strategy for dispute or conflict resolution. According to a scientific researcher group who conducted a survey of public attitudes toward the police and police services in Australia, police inaction was the most frequently cited reason for dissatisfaction with police services. Also, a three year study of police dispositions of domestic dispute incidents in a state in the USA showed that the PPI can make a significant contribution to the rise and continuation of violence. This link between disorder and violence has also been theoretically supported by broken window theory. Broken window theory contends that evident signs of crime and civil disorder builds an atmosphere that emboldens crime and furthers disorder.

Furthermore, a study published in 2018 in the Indian Journal of Occupational and Environmental Medicine demonstrated that 47% of the police personnel in Delhi had some health issue. Another study by Bureau of Police Research and Development suggests that nearly 90% of the police personnel work for more than 8 hours a day. Particularly, the personnel at cutting edge (sub-inspectors and constables) work longer than 10 hours a day. Specifically, 68% of Station House Officers (SHOs) remained on duty for more than 11 hours per day. Given the aforementioned, Police may not even be right instrument to manage and handle the rioting mobs like the one yesterday.

It is important to note that there are often cases (as may be case on 26th Jan 2021) where police are unable to take action due to orders from HQ, or legal restraints, or situational constraints. However, the perception of inactivity remains harmful in the long run. Even if action is not possible, the regimented efforts and demonstrable signalling made by the police in the form of a visible strategy could be enough to not being perceived inactive. Hence, it is in the interest of the state to have an active police or at least perceived active police. I believe that the role of the police is not limited to simply reducing crime but also to reduce the perception of crime and disorder in society, thereby adding another social responsibility to their activities.

In other words, it may be useful to further train police to handle such situation or create other instruments to deal with such chaotic situations. I understand RAF (Rapid Action Force) does work in this domain but metropolitan cities will need to have their own forces. Also, nothing can underscore the importance of protective gear, protective vehicles, less lethal armament (Tazers, Rubber Bullet Guns, Sound bombs, Stun Grenades etc.). Finally, the police leadership in such situation probably will need empowerment as most of these situations are evolving in nature.

Examples are galore when police departments have acted decisively to transform cities and made them desirable to live. William Bratton, the legendary US police commissioner transformed the city of New York from violent squalor to one of the most desirable places to live. His strategy against crime was to work against elements of disorder. His main focus was on New York subway and discipline in the subway. He ensured that the subway did not become house for protesters, bums, and hobos. Also, the Albuquerque Police Department (APD) used the Safe Streets Program (SSP) to make it desirable place to live. APD understood that people in that city used roadways in the same way the New Yorkers used subways. The main aim of the SSP was to reduce problems like aggressive driving, graffiti, and other nuisance created by deviants. They fundamentally took few steps such as saturation patrols, follow-up patrols, freeway speed enforcement, and sobriety checkpoints. I believe the highways in India need same protection and working like NY subways and Albuquerque roadways. States must provide designated places to protest peacefully in every major city.

A study was conducted by me when I was at IIM Ahmedabad to empirically examine the influence of PPI on citizens and state. 1004 citizens who lived in the area around Azad Maidan in Mumbai participated in this study that was conducted in 2012-13. The results of the study are presented in a diagrammatic format below. PPI significantly influenced several aspects of citizen’s life and the state. Indian states need several new programs akin to those aforementioned so that Police can function effectively and make our towns and cities desirable place to live and do business. Alternatively, the state may need a different instrument to handle mobs like yesterday. Else, we should be ready to have a society where mobs can run amok. 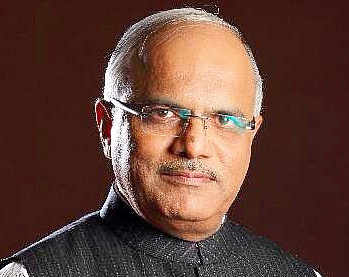 Air India – Crown jewel may return to the house of Tatas

4 thoughts on “Are police the right instrument to handle riots?”