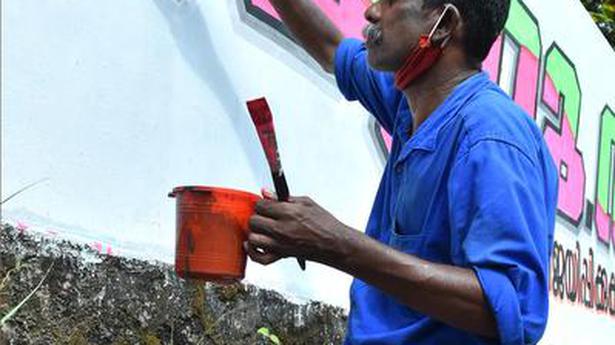 
Raju started his career as a graffiti artist nearly four decades back. In the past, he had spent several nights in the yellow florescence of lamps inscribing names and symbols.

A Leftist, today he is busy painting his own name Raju D. Poothakulam on the walls of Mavila ward in the Poothakulam grama panchayat as he is the LDF candidate there.

“Election times are always hectic and at first it used to be lime wash works on kayyalas (mud walls). I still remember working day and night for 13 days straight when Kollam MP N.K. Premachandran first contested the elections. He was with the LDF then.”

Raju says he had worked as a graffiti artist for almost all Left candidates from his ward during the previous polls. “For me only the name has changed, the electoral scene and the spirit remains the same.”

It is not the first contest for Raju as he was elected from the same ward in 2005. “I will be continuing what I started 15 years back and all the voters here are aware of my interventions. I think an elected member is an intermediary between the government and the public, so I was keen to ensure that government projects, including housing schemes, reached the right beneficences.”

Raju has no qualms about the electoral outcome and he calls his ward ‘a traditional Left bastion’. “In my ward, majority of the people belong to economically backward working class families. Since I also come from a similar background, I share a special bond with the residents.”

A Communist Party of India activist, Raju attends party programmes, events and marches barefoot. “I have never used footwear in my life and I don’t consider it a necessary accessory,” he says.

Conspiracy in attack on Congress leader’s house to be probed 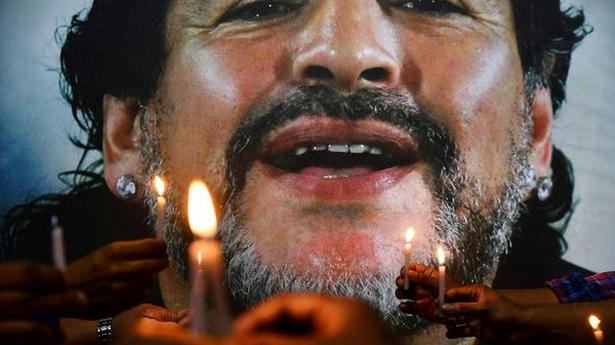 The air is thick with his memories

Political hostilities at an all-time high

Psychologists have mastered the art of perceiving daily human relationships in the most critical, analytical way. Researching the close relationships

Attack on auto riders eunuchs with blades and knives, other group of eunuchs accused | Blade and knife attack on eunuchs riding auto, injured accused on other faction