While BJP national general secretary and Karnataka in charge Arun Singh completed his three-day troubleshooting exercise on Friday, dissidence in the party did not appear to end if exchange of barbs between the rival camps is any indication.

In a reference to public spats embarrassing the party, Mr. Singh said the party would initiate disciplinary action against some who are issuing statements against the leadership.

“Efforts will also be made to convince some others to desist from publicly expressing their views,” he said, before leaving for New Delhi. In fact, Mr. Singh had begun his three-day visit by asking party legislators and leaders to desist from issuing any statements in public against the party or the government.

After the meeting of the party State core committee, Revenue Minister R. Ashok too said that disciplinary action would be initiated against leaders irrespective of their status if they issue any statements either against the party or the government.

But A.H. Vishwanath, MLC, who had sought leadership change in public and levelled allegations of political interference and corruption against B.Y. Vijayendra, the Chief Minister’s son, on Thursday, chose to ignore the diktat and aired his views at a press conference on Friday. His outbursts continued even after the party State unit sought action against him. In an obvious reference to this, Mr. Singh said such statements were being issued only by a few leaders.

Meanwhile, Mr. Ashok said the leadership change issue had not figured at the core committee meeting that was attended by Mr. Singh. “There is no question of changing Mr. Yediyurappa,” he said.

Mr. Singh too had stated this before he arrived in the State by making it clear that there was no question of leadership change. Some party insiders observe that his statement is in line with the party high command’s stand that issues like leadership change should not be taken up when the State is reeling under COVID-19.

“In fact, Mr. Singh was not here to take a call on leadership change. But his visit was mainly aimed at removing indiscipline and dissidence that has been affecting the party and the government’s image,” another senior leader said. 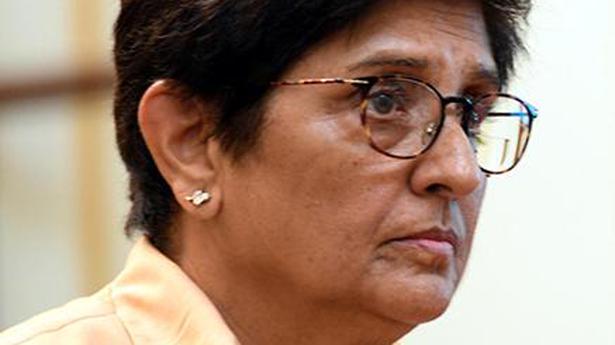 Bedi calls for surprise checks by police and excise units