Arvind Kejriwal has thrown his weight behind his deputy, even calling him today’s Bhagat Singh.

Delhi Chief Minister Arvind Kejriwal has said his deputy Manish Sisodia will be free, even as there has been no official information on him being arrested yet.

“Prison locks will break, Manish Sisodia will be free,” he tweeted in Hindi while sharing a video of Mr Sisodia addressing supporters before he headed to the Central Bureau of Investigation for questioning in an alleged liquor policy scam case.

In the news video clip shared by Mr Kejriwal, Manish Sisodia says the government wants to imprison him, but he is a follower of freedom fighter Bhagat Singh, and is not afraid of going to jail.

“They raided my home, nothing came out of it. They went to my village to find anything against him, but they got nothing. Now they plan to arrest me to stop me from campaigning in Gujarat. I am not afraid of CBI, ED (Enforcement DIrectorate) or going to the jail,” he added, addressing party workers on the way.

“Even Bhagat Singh had to go to jail for the country,” he declared.

The BJP criticised the roadshow and said it seemed like “Aam Aadmi Party has won the World Cup of corruption”.

The Deputy Chief Minister of Delhi earlier in the day predicted his arrest as part of what he called a BJP “plan” to stop him from campaigning for the upcoming Gujarat election. He also took out a roadshow in an open-roof SUV on his way to the CBI office and made many stops, including at Mahatma Gandhi’s memorial Raj Ghat, and addressed Aam Aadmi Party (AAP) workers.

The CBI has prepared a list of questions and will ask them in “several phases”, sources say. The evidence found so far, and statements of others accused in the “liquor scam” will be placed before the Deputy Chief Minister, they say.

“Only Congress Can…”: GN Azad’s Praise Months After Quitting Party 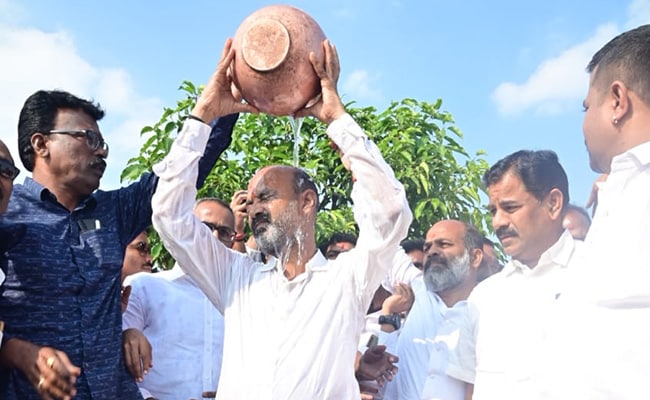