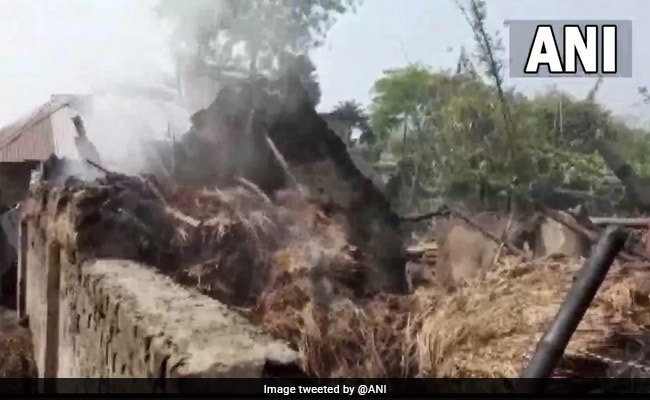 Eleven people have been arrested over the violence, the state police said.

The Calcutta High Court today registered a suo motu case in the incident of violence at Rampurhat in West Bengal’s Birbhum district where eight people were burnt to death following the killing of Trinamool Congress leader Bhadu Sheikh. A bench headed by the Chief Justice will hear the matter today at 2 pm, news agency ANI reported.

The arson case has turned into a political fight between the ruling Trinamool Congress and opposition BJP. The BJP has sought the resignation of Chief Minister Mamata Banerjee and has demanded an investigation into the incident by Central agencies. Nine BJP MPs from West Bengal met Home Minister Amit Shah on Tuesday and sought his intervention in the matter.

Locket Chatterjee, BJP MP from Hooghly, has also claimed that about 20 people have been killed in the arson, “but no one knows the actual number because no one is being allowed to enter in Birbhum.”

Earlier today, West Bengal Governor Jagdeep Dhankhar slammed Chief Minister Mamata Banerjee in a 3-page letter suggesting that there was a political conspiracy behind the violence. He also said that the number of casualties may be higher.

Mamata Banerjee had urged the Governor “to refrain from making unwarranted statements and allow the administration to conduct an impartial probe” after he released a video yesterday saying human rights have been “decimated” and rule of law has “capsised” in the state. In an apparent swipe at the ruling party, he had said that the administration is “required to rise above partisan interests” which he claimed was “not being reflected in reality”.

“Your statements have political overtones supporting other political parties to browbeat Bengal government,” Mamata Banerjee had said in response.

In a harshly worded letter today, Mr Dhankhar said that he “cannot ‘fiddle’ in Raj Bhawan and be a mute spectator”.

“This is a ruse to shield the guilty of the ghastly crime. Already enough is in circulation about perpetrators of this savagery. Further, your assurance that “investigation will make all-out efforts to unearth all those who are behind the occurrence of the incident” is a far cry from reality,” the Governor said on Twitter, adding that “Politically caged” investigation in the state inspires no confidence.

This savagery is being justifiably compared by many to incidents in the state few years ago, while HCM was in opposition. pic.twitter.com/Z7vXiVdLFP

The Centre has sought a report on the alleged political violence. The BJP is also sending a fact-finding team to probe the biggest instance of violence since Mamata Banerjee’s mega victory last year.

A mob allegedly threw bombs in Bogtui village on the outskirts of Rampurhat town close to dawn on Tuesday, in which 10 houses were burnt. It is suspected to be a retaliation to the murder of a Trinamool Congress panchayat leader, Bhadu Sheikh, whose body was found on Monday.

The charred bodies of seven people, two of them children, were recovered from a house Tuesday morning. An eighth person died on way to the hospital. Eleven people have been arrested over the violence, the state police said.

A Special Investigation Team has been formed to probe the matter. Bengal’s top cop Manoj Malaviya said, “We are investigating how the houses caught fire and whether the incident is related to the death of the panchayat deputy chief of neighbouring Barshal village”. 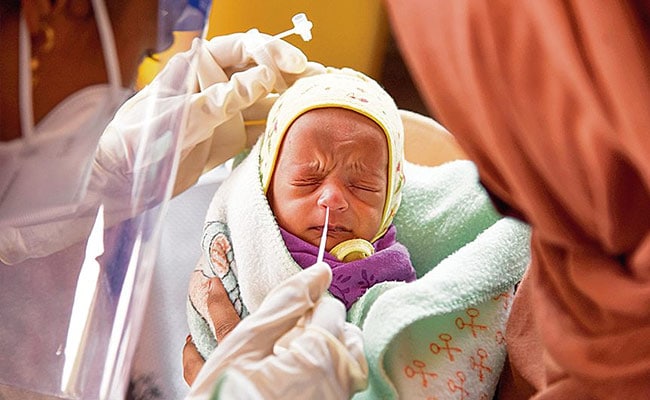 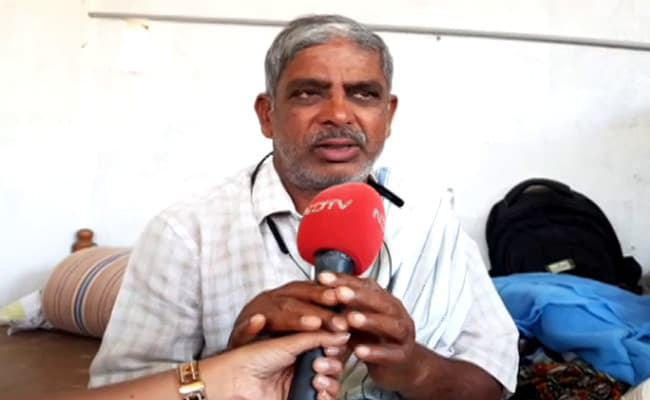 “Want His Body”: Father Of Indian Student Killed In Ukraine To NDTV