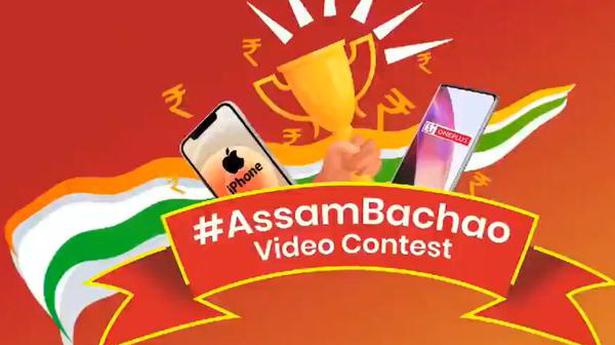 
The Congress in poll-bound Assam has launched a contest on social media, asking people to make a two-minute video on the biggest issues and problems facing the State.

The party announced awards ranging from cash to iPhones for the best videos. The most relevant issues, it said, would be incorporated into its manifesto for the Assembly elections.

Progress & growth come with responsibility & as dutiful children of Asom, it is incumbent on you to mull over the issues it faces & give them voice to set the course for alleviating them & ushering in prosperity. Watch video to know how to participate in #AssamBachao contest: pic.twitter.com/YrXKXAVpKf

A person will have to post the video along with the hashtag #AssamBachao on any major social media platform and then submit its link through www.AssamBachao.in. The contest will run till February 19.

Launching the campaign on Tuesday, head of the manifesto committee Gaurav Gogoi said the idea was to first acknowledge and understand a problem before trying to solve it.

“The feedback will tell us what the most urgent issues are. The manifesto shall offer solutions to these very problems.”

Mr. Gogoi said the prizes were to incentivise creativity among the youth.

“It is time for the youth to take charge of their own future and save the State from the BJP’s evil designs. From sky high prices of essentials to implementing the Citizenship (Amendment) Act against the wishes of the people, the BJP decided to ruin both peace and prosperity in Assam,” party MP and son of former Chief Minister Tarun Gogoi said.

He said the video campaign envisages to fuel discussions on the burning issues that the BJP does not want people to debate on.

Party leaders and workers can participate in the campaign just like ordinary individuals. Those under 18 years and not be eligible to vote or any Assamese living abroad can also take part, State unit president Ripun Bora said.

“The Congress is gearing up for an innovative campaign that will bring out the people’s resentment against the BJP’s misrule,” he said.

The people will show through the video campaign how desperate Assam is for change and that there’s a limit to the BJP muzzling their voices, Mr. Bora said. 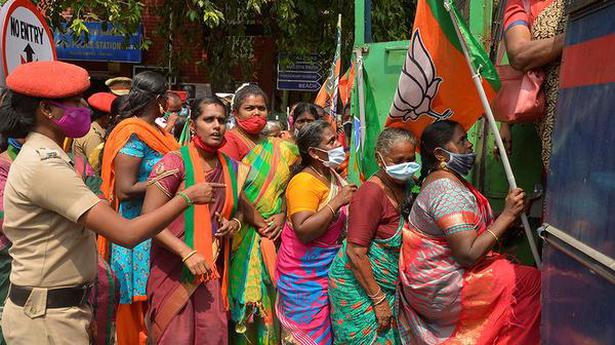 Efforts under way to drain water in paddy fields