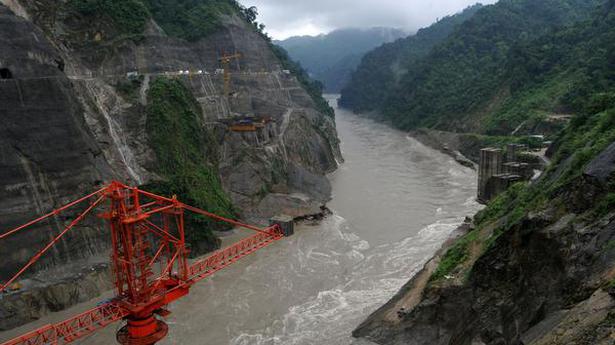 More than 20 organisations have announced a joint movement against a mega hydropower project being built by the National Hydroelectric Power Corporation (NHPC) on the Arunachal Pradesh-Assam border.

Work on the 2000 MW Subansiri Lower Hydroelectric Project at Gerukamukh was started in 2006 but halted in 2011 following protests amid fears of ecological damage and loss of livelihoods. Construction had resumed more than a year ago during the COVID-19 lockdown.

“We have decided on a string of protests including blockade of the project site against the NHPC from September 20. So far, 22 organisations have expressed support,” Asom Jatiyabadi Yuba Chhatra Parishad (AJYCP) leader Palash Changmai said.

The AJYCP on Saturday organised a public meeting where geological and hydrological experts underlined the threat to areas downstream of the NHPC project. Leaders of the 22 organisations such as All Assam Students’ Union and All Assam Adivasi Students’ Association attended the meeting.

According to the AJYCP, work on the project was resumed without consulting 965 villages across four districts downstream of the project, as had been agreed upon in 2014. These districts are Biswanath, Dhemaji, Lakhimpur and Majuli.

Because of the delay in completion, the NHPC has been losing an estimated ₹10 crore per day on the project estimated to cost ₹20,000 crore on completion.

‘Due process not followed in Maratha quota law’