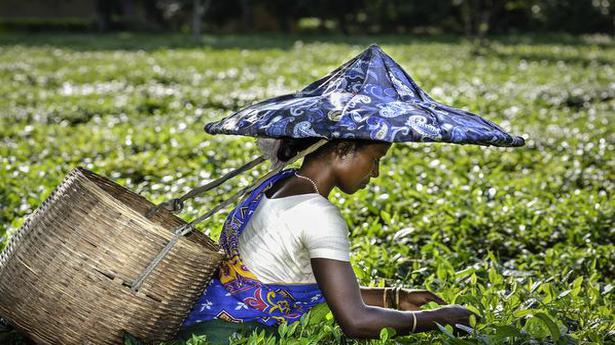 Some mushroom fell into a tea tin. And there begins the story of how Assam tea has moved from plain old black tea to white, yellow and purple to chocolate blends and more

Madhurjya Gogoi would have been selling umbrellas or insurance policies today, had it not been for an accident in the kitchen. Some mushroom paste fell out of the blender into a bin of tea leaves on the counter and dried in it. And so was concocted a pale and delectable blend of green tea and oyster mushroom. “I would have thrown the mix away but my father, the experimental optimist, decided to try it out,” says Gogoi, who now runs Assam Teehaus, which produces handmade tea “of all kinds” sourced on demand from the family garden.

Gogoi Senior believed the accidental mix was no more extreme than the bitter green brew he had been drinking after undergoing treatment for colon cancer in 1997. He was also aware of the health benefits of the tea and mushrooms that grew in his backyard in Dabohibil village in Assam’s Charaideo district.

“We got a creamy broth from the mushroom-infused tea. It tasted pretty cool, without the bitterness of green tea,” says Gogoi. In 2006, he acquired an exporting license and gave some samples to the Indian Institute of Entrepreneurship in Guwahati.

Both the mushroom blend and his handmade green tea found Gogoi a place in the contingent that the institute took to Japan in 2007. A month later, he received a call from a Japanese buyer who said he liked his tea and wanted him to supply 60 kilos. Gogoi could hardly manage 6 kilos, but even more challenging was the added caveat: the tea had to be organic. “We knew nothing about organic farming, just as my father did not know tea could be in colours other than laal (red) or ochre gaakhir cha (milk tea) until his doctor in Vellore prescribed green tea. The inability to accept the order was a setback that made me take up a job,” Gogoi says.

In 2014 Gogoi travelled to Europe to study marketing. The handmade green and orthodox teas he took along fuelled his specialty tea dream. A sommelier course in China two years later and a visit to Taiwan, where he bought some specialised machines, also spurred him on. Today, Gogoi and his wife Puspanjali work in the garden during the day and at the home factory at night to churn out an array of specialty teas.

“Green, yellow, golden, white, oolong, orthodox — we make them all but only on order. We learnt early that given our small garden, we cannot supply to the general market, which demands the cheap granular black tea,” says Gogoi.

For over a century since 1837, when the first plantation was established in eastern Assam’s Chabua region, tea companies have sworn by the orthodox (withered, rolled and dried) tea. This was before most estates switched to the granular crush, tear and curl or CTC tea in the 1960s as mass production became the byword.

In the 1950s, an amendment to the Tea Marketing (Control) Order paved the way for small farmers to take up tea cultivation. Assam today has some 1.72 lakh small tea growers, who the Tea Board of India defines as persons with tea cultivation of up to 25 acres. Spread across 89,948 hectares, these small tea gardens produced 1,023.23 million kilos of green tea leaves in 2019, which was 51.04% of Assam’s tea output that year. Blenders took specialty teas to the next level with designer concoctions

“The main objective of the small farmers was to sell green leaves to big tea estates and bought-leaf factories. So they chose high-yielding plants and whatever was available in nearby estates. Tocklai (Tea Research Association in eastern Assam’s Jorhat) develops clones for the industry that vary in terms of yield, flavour, different soil conditions and pest attack,” said Upamanyu Borkakoty of The Tea Leaf Theory , a research-based tea sourcing platform for small organic farmers.

A series of setbacks since the 1990s affected Assam’s tea industry, which relied heavily on mass-produced CTC tea. Apart from extortions by extremist groups, the estates suffered due to chemical content in their consignments. A few estates such as Halmari bucked the trend by setting plucking standards — 11 kilos of two-leaves-and-a-bud per day per person as opposed to the normal 21 kilos per day — to ensure quality, flavour and colour.

Some small tea farmers saw in the downturn a message: return to what Assam tea started with — a specialty beverage — or perish. Two decades ago, they found a mentor in the award-winning Canadian farm specialist Peggy Carswell, who transformed the lives of many tea farmers by inspiring them to use organic and sustainable farming techniques. One of the beneficiaries is Gobin Hazarika, whose plantation in Lakhimpur district became the first organic small tea garden to celebrate its silver jubilee last year.

“Peggy catalysed the organic small tea movement that began specialising in hand-crafted green and orthodox black teas. We learnt that quality, colour and flavour of tea matters more than the volume of production,” says Hazarika. “Specialty tea, in fact, has been driving the small tea growers, but there’s a long way to go,” says Borkakoty, whose project has yielded Truedips, a patent-pending technology that compresses whole leaves that unfurl to their original shape when dipped in boiling water. 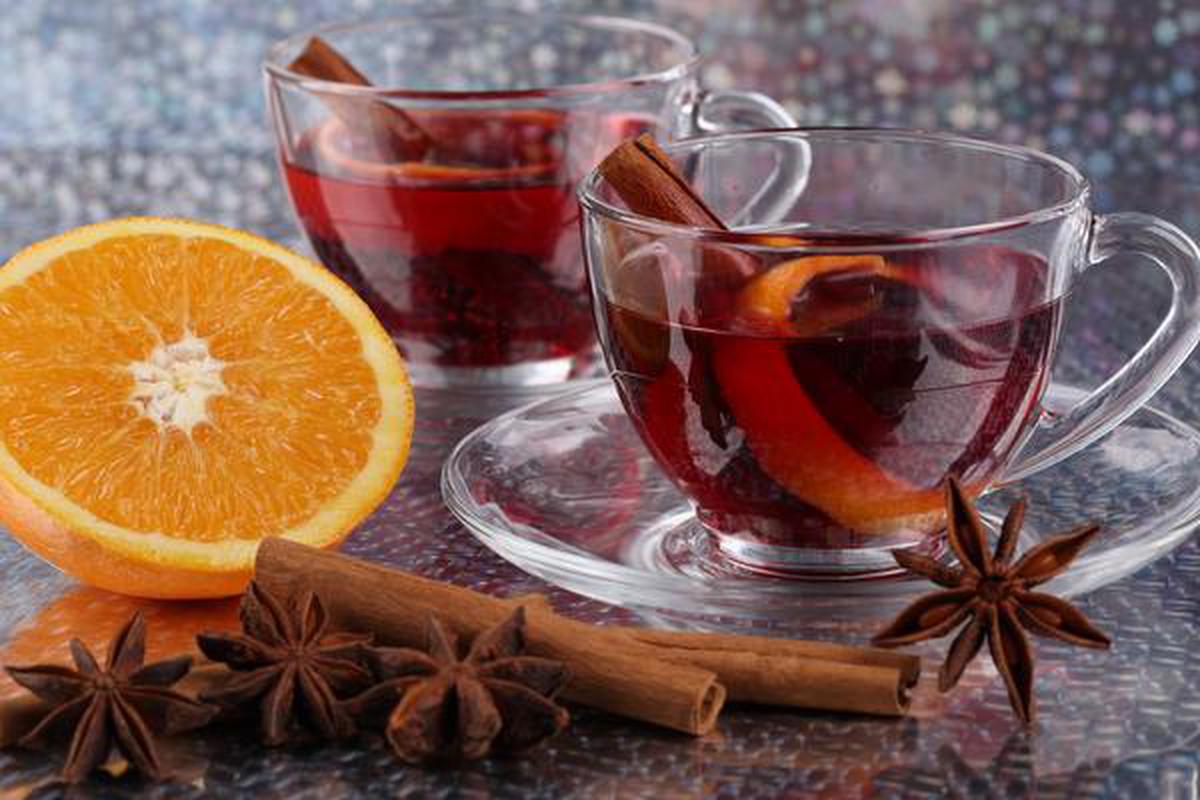 Specialty tea, made organically and sustainably, is driving small tea gardens in Assam

Along with the organic base, tea growers have added colour to keep their hold on the specialty tea market. Some others upgraded to boutique gardens with special care for bushes, with an eye on the type of tea to be produced. And as the popularity of tea as a health drink rose, boutique blenders began offering a range of regular and experimental blends. One of the first off the block was Rakhi Dutta Saikia, who owns a 99-hectare organic tea garden in Golaghat district. In 2017, she added a new colour, yellow, to Assam’s tea repository. “I rummaged through Chinese literature to produce the yellow tea, one of the rarest, highly-prized brews also known as royal tea because more than 1,000 years ago only the royalty of the Chinese Tang dynasty drank it,” she says.

Before her, some planters went back to the 10th-century Song dynasty in China to churn out white tea made from the buds of the tea plant. White tea yields a pale yellow colour when brewed. Donyi Polo Tea Estate in Arunachal Pradesh also began producing yellow tea and followed it up with purple tea, known better as a Kenyan variety. In October 2018, a small consignment of purple tea — rich in the anthocyanins that lend blueberries their purplish colour — sold for ₹24,501 a kilo at the Guwahati Tea Auction Centre.

“The purple tea plants were found in a forested area in the East Siang district of Arunachal Pradesh a few years ago. It is mild and there is no astringency. Around 10,000 purple tea leaves are needed to make a kilo of purple tea,” says the estate’s senior manager Manoj Kumar.

Blenders took specialty teas to the next level with designer concoctions. Among the wackiest is Guwahati-based Ranjit Baruah’s Aromica Tea, which has come up with 32 packaged blends and twice as many variations served at Just Tea, a tea cafe in Guwahati. “I started off with five blends from the regular ones such as green tea with peppermint and spearmint and lemongrass ginger green tea. Specialties such as Blue Tea and Blooming Tea were later added,” he says.

With the demand for tea as an immunity booster increasing post-pandemic, blenders have also been catering to a new craze for designer or customised teas, where tea lovers set their own rules for a cup according to the taste, aroma and colour they want.

“Designer tea is customised to the customer’s palate,” says Baruah. One such is the Chocolate Orange Tea, a blend of orthodox golden-tipped leaves, orange peels, chocolate chips and rose. “Designer teas will each have a customised label and will be exclusive to one client,” he says.

Indeed, these exotic teas may well become the future of the brew that started life as the common chai. 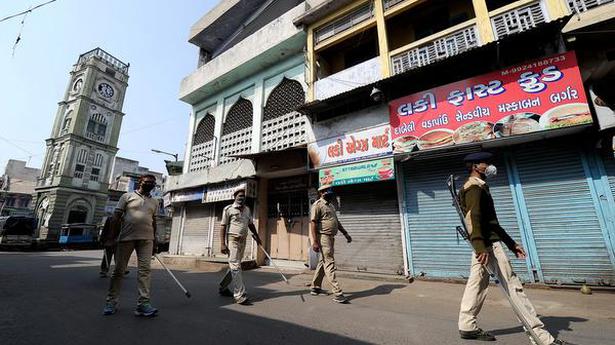