The visually impaired 43-year-old entertains the other residents with his singing; wants to become a full-time singer to be able to fend for himself

K. Elangovan, a frail-looking 43-year-old visually impaired resident of the Shelter for Urban Homeless (SUHC), run by the Greater Chennai Corporation on NSC Bose Road, renders a melodious Tamil song. The other residents drown themselves in the soulful music and forget their sorrows for a little while.

This is a regular affair at the shelter when the television is not switched on. However Mr. Elangovan, who was rescued from Marina recently, is not just a talented singer, he has an M.Phil in Tamil and has acted in the Tamil movie Cuckoo, which was released in 2014. He now wants to become a playback singer so that he can fend for himself.

“I am from Thanjavur. My uncle brought me to Chennai for schooling. I later joined Loyola College in 1999 and completed my under-graduation in Tamil. I did my Masters in Tamil from Presidency College and my M.Phil is also in Tamil literature,” said Mr. Elangovan.

He claims that his family did not support him. “When I was undergoing training to sing at the National Association of Blind in Madhavaram between 2012 and 2013, I got a chance to act in a movie along with others. I earned some money. I also used to sing in the Pallavaram subway and earn ₹500 per day,” he explained.

His passion has always been singing. “He said that he used to take part in singing competitions in school. After he came here, the atmosphere changed. He entertains everyone with his songs. The other residents request him to sing a particular song and he sings it for them,” said R.Thirumalprasanth, co-ordinator and counsellor of All The Children NGO that runs the shelter.

Sridhar, a resident of the shelter, said that he forgets all his pain and sorrow when he hears the songs. “Listening to him is better than watching television,” he explained.

Asha Parekh Nandini, city-level coordinator, SUHC, said that there are many talented persons in the shelters. “We are doing everything to bring out their hidden skills,” she said.

Plea to close down zoos, parks in T.N. 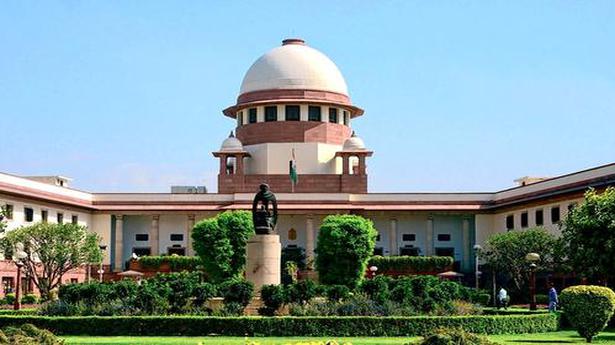 SC poser to U.P. govt. on treatment to Kappan