Google search has gone awry! Ask something, the answer gives something else. Shubhaman Gill, who was playing for Kolkata Knight Riders ie KKR in the IPL, celebrated his 21 years last month and now Google has also got him married. That too from Sara, daughter of master blaster Sachin Tendulkar. This is not the first anecdote.

Last week, Google had named Anushka Sharma, the actor wife of Indian cricket team captain Virat Kohli, as the wife of Afghanistan cricketer Rashid Khan. People made a lot of fun of Google about this matter. Is Google Search really gone? Why is it wrong to answer? Should Google trust the right answer? Let us find answers to these questions.

Why is Google making mistakes in answering?

First of all it has to be understood that Google does not have its own system for answering. SEO expert Alok Raghuvanshi says that Google itself does not answer any questions. He uses tools such as artificial intelligence and machine learning. Brings out the best answering webpage. If you are asking Google to be knowledgeable then it would be wrong. He definitely does the work of taking the thirsty to the well. However, whether the water of that well is potable or not is not known. The user has to take this decision.

Can you trust Google for any information?

The point here is not to trust Google. Google does not answer at all. He puts forward the most relevant pages to answer your question. Now it is up to you which of the webpages you have come across, which you can trust and which not. For example, the results of Wikipedia are often the first to appear in search. However, it is a fully community-based platform. Anyone can edit the content here. The user decides who to trust and who not to.

Why can’t Google give 100% relevant results every time?

You have to understand that depending on the choice of the person searching the reservation, the location and timing of the person depends on it. Starbucks can be the most delightful when searching for coffee, as well as Barista and Cafe Coffee Day for anyone. Then the language also affects the relevance of search to a large extent. The same thing can be said in many ways, because of this, it is not necessary that Google or any search engine should understand everything as it has been said. Similarly, synonyms, words with more than one meaning, spam also affect search.

But, before Google answers, why doesn’t it see that it is trustworthy?

He is not made for this. When he finds that a website is giving misleading information, he can ban it. Nothing more than this. The search engine gets the most help from tools like machine learning and artificial intelligence. However, they also rank a content based on its popularity. This means that the fake news story which becomes very popular also starts to top Google’s search results.

What happened to Sara and Anushka’s names?

Recently, when Shubman Gill bought a car, he posted a photo of it on Instagram. Sara Tendulkar reacted to this and was crushed by Shubman Gill by cricketer Hardik Pandya. After this, there was news that Shubman and Sara are dating. This news is appearing on the top in Google search and Sara is being described as Shubman’s wife. Similarly, in an interview recently, Rashid Khan described Anushka Sharma, Preity Zinta as her favorite actress. In this interview, he was also asked questions about his marriage. When asked about Rashid Khan’s wife on Google search, he added the words of this interview and added Anushka Sharma. That is, in both cases the mistake is due to the way the search engine works. 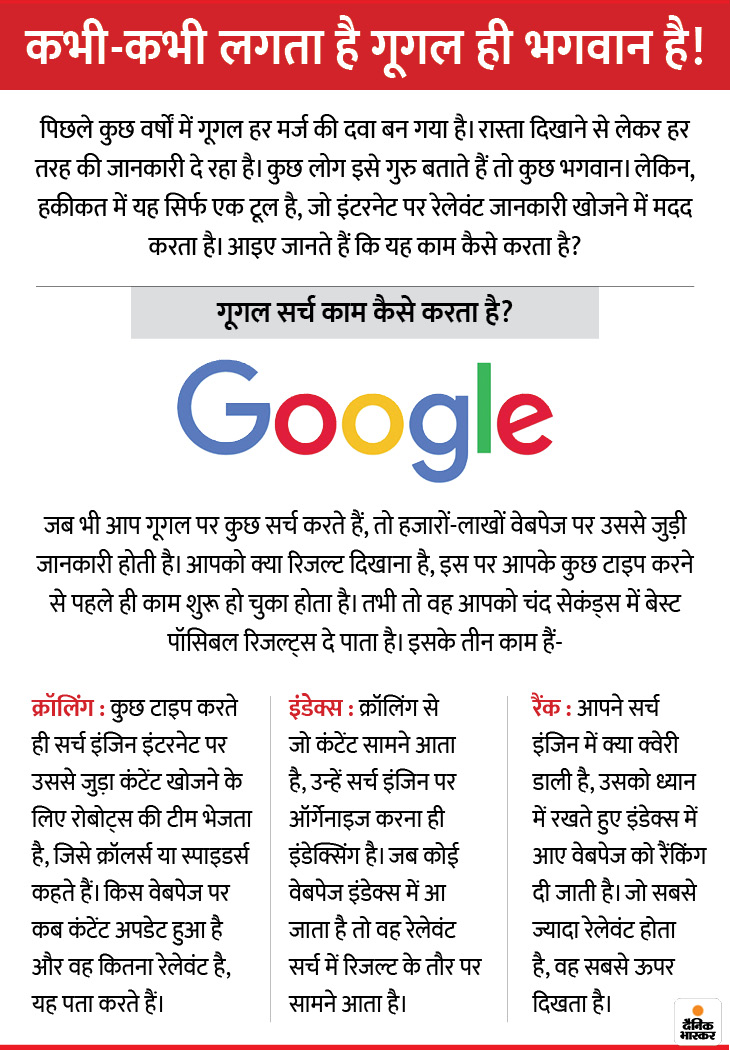 DUBAI: Brandishing a sword and dancing to traditional music on his first visit to Saudi Arabia soon after taking office,