Responding to the charge that the farmers’ movement is being run by one community, Rashtriya Lok Dal vice-president Jayant Chaudhary said on Wednesday that it was an “attempt to divide farmers” on caste lines.

“I have been told a meeting was called by the Home Minister in Delhi where it was said that Jats are running the farmers’ protest and they have to be set right. This language is against the voice of the Constitution,” Mr. Chaudhary said.

Addressing the tenth farmers’ panchayat in 15 days against the contentious farm laws, the RLD leader said it was not the protest of one caste, but the movement of farmers. “It is a matter of shame that after dividing us into religious lines, an attempt is being made to create fissures among farmers on the basis of caste, gotras, and khaps,” he said.

Mr. Chaudhary, who knows MSP of most crops by heart, once against announced the official rates and asked farmers to say the actual prices they were getting. “It is a fight to save farmers identity and you should identify those who are standing by you in this battle,” he said.

Mr. Chaudhary said the hand that farmers had lent to him, he would hold it tight. “The road ahead could be filled with obstacles, but we will take this movement forward,” he said. “The government is claiming that the protests are receiving funds from outside India. Has any of you received any such funds,” the RLP leader asked farmers.

Speaking in favour of young activists and journalists, Mr. Chaudhary said those who were speaking on farmers’ issues, the government was putting them behind bars. “Modiji came to power riding on the vote of the youth. Now, they are putting young activists in jail.” he said.

He again appealed to the farmers that unless they render a “political blow” to the Bharatiya Janata Party, their movement would not be a success. “When their chair goes, they should have the word kisan on their lips,” he urged. 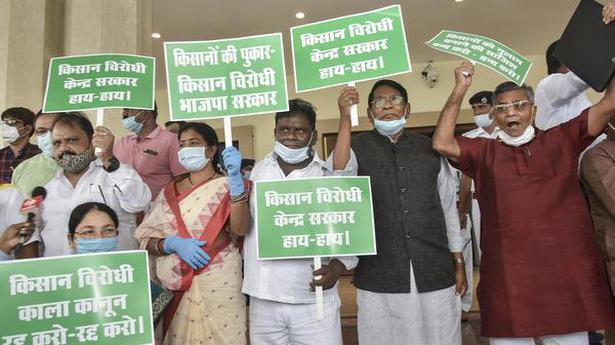 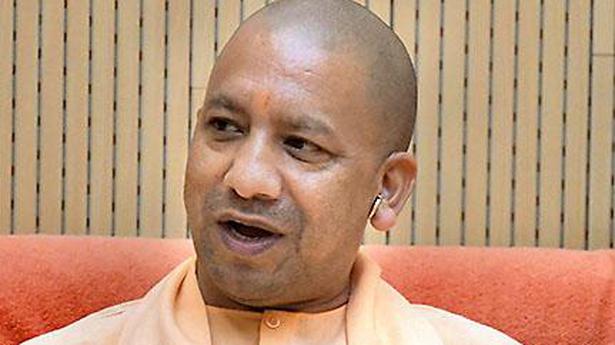 War of words in Bengal over BJP supporter’s death