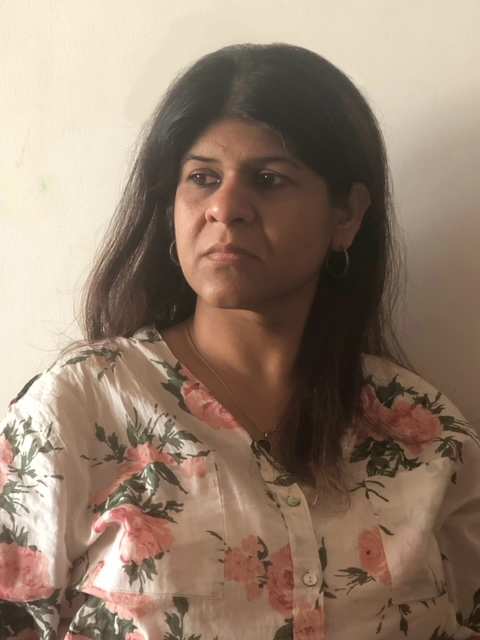 
Have you ever wondered from where the term blueprints got its name? Would you believe me if I said it was from the bright yellow sun? The fact is, that blueprints which are popularly used by architects trace their roots back to the cyanotype printing process, which creates vivid cyan-blue prints when exposed to sunlight and were widely used as a tool to replicate technical drawings in the 19th and 20th centuries. Ever since the invention of the cyanotype in 1842 by Sir John  Herschel, it has changed the face of photographic printing as we know it. The use of cyanotypes has evolved from a purely functional role among architects to a widely used technique among artists, and creative professionals across a spectrum of applications.

The cyanotype was further explored by Herschel’s friend and photographer Anna Atkins, who used the process to illustrate books. Using photographic images, she produced Cyanotypes of British and Foreign Flowering Plants and Ferns- the first book which covered cyanotypes of plants. This was Circa 1852, and since then, the technique enjoys a stellar reputation as a technique that not only produces beautiful photographs but is also affordable and sustainable at the same time. Going by the definition of photography, which means drawing with light, cyanotypes are arguably the closest one can get to that definition. In such works, the greater the exposure to sunlight, the more brilliant the shades of blue, giving cyanotypes an inherent elegance that is produced by these gradients.

When well executed, some might even term them as poetic.

As the world moves forward, the use of the cyanotype takes us back in time. To a bygone era, where the use of modern copying machines and cameras were unheard of, where creating a work of art was a slow, natural process. With the technique enjoying resurgence among artists, it is truly reassuring to see new contemporary artists keeping the form alive. In an era where photography is now as simple as clicking a button on a smartphone or other high-end cameras, cyanotypes manifest in their creators the need to slow down; the need to let Nature take over and enjoy a free reign to conceive a masterpiece. Creating a cyanotype is a fragile process. Once a piece has been exposed to the sun, the artist loses control over the outcome, and can only rely on Nature for the outcome. Even the slightest presence of scratches, dust, and tonal casts can greatly alter the outcome of the piece of art, and presents an element of surprise to its maker. Furthermore, the slowing down and allowance of Nature to prevail, is a wakeup call for the dire need for a sustainability movement within the art community.

Following a year that will go down as one of the most turbulent in history, amidst the pandemonium that it brought about, it also brought vivacity to Mother Nature that was long overlooked. As the world locked down, Mother Nature healed. Degraded ecosystems were restored, and humans learned what slow living truly means. Picking up from this, documenting the healing process through natural means, is an artists’ way of giving back to Nature, who has served as inspiration. Channelling the power of the bright yellow sun, to create calming, and revitalising hues of blue, cyanotype creations give back to Nature in a way like no other, through works focused on different natural elements.

Devoid of technology, cyanotype is a meditative movement, and an amalgamation of light, shadows, fragments and processes. Using the sun as its main source of energy, we see subjects magically transform into ethereal creations that are visually striking. Artists who have spent years exploring this technique will attest that cyanotype is indeed one of the purest ways of documenting Nature in its true form, and brings to light the latter’s resurrection over the last year.

Looking forward, there is hope that artists across the country and the world will unite to create more awareness about slow art, and will turn towards the light to create majestic works that are a reflection of the times we live in. As the cyanotype movement forges on, Vincent Van Gogh reminds us that “It is not the language of painters, but the language of nature which one should listen to, the feeling for the things themselves, for reality is more important than the feeling for pictures.” Kumbh is a churning of the mind