Speaking on the motion of thanks for the Governor’s address in the Legislative Council on Monday, Mr. Manjunath, without naming Ms. Eshwarappa, said it was strange to see sitting Ministers participating in protests. “Ministers may go and accept a memorandum from protesters. If the Ministers themselves are part of the protest, to whom should the protesters submit their demands?” he asked. “I am not talking only about what happened on Sunday; this has happened with leaders from all parties for some years now, especially when the protests are led by their communities. Ministers take an oath to act without showing any favour or grudge towards anyone. So is this not against the Constitution? Shouldn’t the Governor, who is the constitutional head, have called and advised them?”

Mr. Manjunath, a close associate of Chief Minister B.S. Yediyurappa, made snide remarks about some other Ministers too. He said that Mr. Yediyurappa had started as a councillor and grown to become Chief Minister through struggle. “Such leaders who have a connect with the people are open to criticisms and suggestions and try to correct themselves,” he said, adding that this was not the case with “people who fall from above”.

Mr. Manjunath was also critical of certain policies of the BJP government in the State. “I demand that the government accept the recommendations for hike in the salaries of 32,000 National Health Mission workers. They are the ones who went to the homes of COVID-19 patients, which is like knocking on the door of death,” he said.

He also appealed for a resolution to the “guest lecturer crisis” in the State. “As a BJP leader, I am all in support of the anti-cow slaughter Bill. I consider cows sacred and they need to be protected. But just like gau, gurus have to be protected. Our priorities should not be restricted,” Mr. Manjunath said. 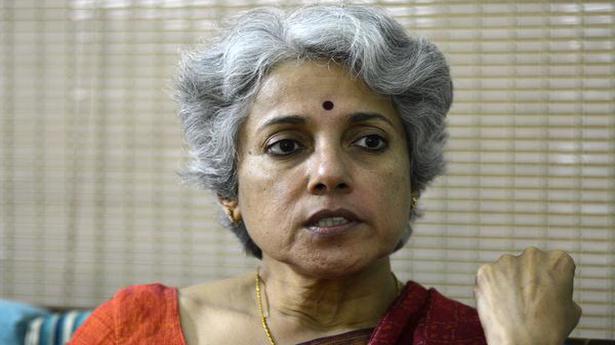 Fair distribution of COVID-19 vaccine will be a challenge: Soumya Swaminathan