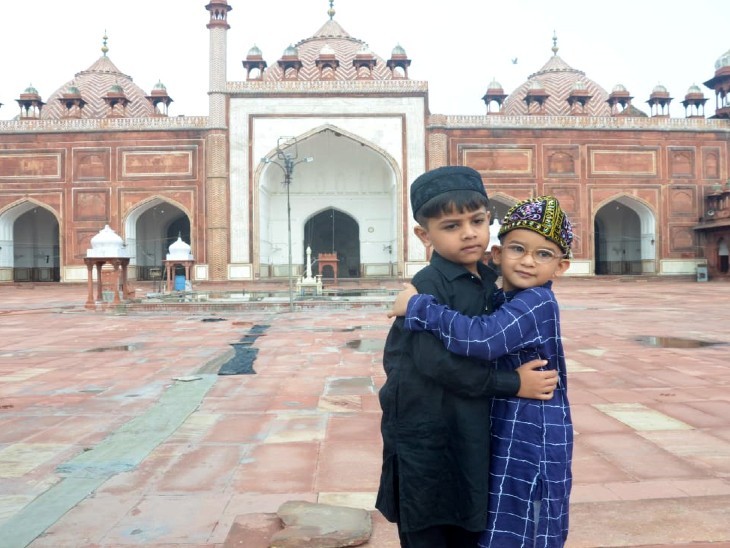 Children hugging and congratulating each other in Agra.

The festival of sacrifice Eid-ul-Azha (Bakrid) is being celebrated in Uttar Pradesh for the second consecutive year with the guidelines of Kovid-19. Shia-Sunni ulema have appealed to Muslims to celebrate Bakrid as per the guidelines of the government.

Following the distance of 2 yards, masks are necessary, people offered namaz in most of the houses. At the same time, only 50 people were allowed to offer Namaz in mosques. In this episode, 50-50 people offered Namaz in the Taj Mahal Mosque. Tight security of police was seen in Varanasi and Lucknow.

Governor and Chief Minister congratulated
UP Governor Anandiben Patel has greeted the people of the state on Eid-ul-Azha (Bakrid). In a congratulatory message, he said that it is a festival to express respect for sacrifice and sacrifice. Everyone should take inspiration to share happiness through such festivals. At the same time, Chief Minister Yogi Adityanath inspires everyone to live together and maintain social harmony. Former Chief Minister and National President of SP Akhilesh Yadav and BSP supremo Mayawati also tweeted and congratulated Bakra Eid.

50 people should offer namaz in mosques
This time only 50 people have been allowed to offer Namaz in mosques regarding Kovid-19. According to the guidelines of the government, Shia-Sunni Ulama have appealed to Muslims to celebrate the festival of Bakrid. On the one hand, Maulana Khalid Rashid Farangi Mahli, Imam of Aishbagh Idgah in Lucknow and Qazi-e-Shahar Mufti Irfan Mian Farangi Mahli have issued advisory appealing people to offer Namaz at home. The Ulema has appealed not to gather more than 50 people in the places of worship.

The festival gives the message of sacrifice
Bakrid is called Eid-ul-Adha in Arabic. It is believed in Islam that the prophet Hazrat Ibrahim dreamed continuously for three days that he was sacrificing his dearest son Ismail. To convert Allah’s dream into reality, he took his son on the day of 14 Jilhijj i.e. Bakrid. He was about to sacrifice Ismail that, at the same time, Allah sent a dumba in his place. When Hazrat Ibrahim opened his eyes, he found the son safe and found Dumba Jibah in his place. In memory of this, every year Muslims around the world celebrate the festival of Bakrid. Bakrid is also known as Eid-e-Qurban. Which inculcates the spirit of sacrifice in human beings.

Strictly guarded in Varanasi, children’s eyes blossomed after getting Idi
Police and PAC personnel were deployed in mosques and sensitive localities in Varanasi. Top officers of the police department patrolled with the force and took stock of the security arrangements. Police Commissioner A. Satish Ganesh said that before Bakrid, meetings of the Peace Committee were held with the elite in all the police stations continuously. An appeal was made to all to celebrate the festivals in a peaceful manner according to the Ganga-Jamuni tehzeeb of Kashi. People are celebrating Bakrid festival in a peaceful manner with the cooperation of police and administration.

People offering prayers at the mosque located in the Taj Mahal, Agra.

Namaz offered at home in Agra
Following the guidelines of the government due to Corona infection, only 50-50 people were allowed to offer Namaz in the city’s main mosque Idgah, Shahi Jama Masjid, Taj Mahal Masjid. In such a situation, people offered Namaz in their homes. Police and administration officials were stationed at all the major mosques. After the namaz, people of Muslim society hugged each other outside the mosque and congratulated Eid. Apart from this, people from political parties also came to congratulate. Everyone embraced the Muslim brothers and set an example of unity and brotherhood.

Bakra Eid prayers could not be held in Saharanpur Idgah. People offered Namaz at home.

In Saharanpur, Muslim society offered prayers in homes
The mass prayer programs to be held in Idgah on Wednesday were also canceled. People of Muslim society offered Eid-ul-Adha prayers by staying present in maximum number of 50 in all the mosques of the city. City Qazi Nadeem Akhtar told that due to corona infection, the Bakra Eid prayers could not be held in Idgah even for the second year. He said that prayers were also offered on Bakrid to get rid of the corona epidemic.

Bakrid fell due to rain in Aligarh.

People did not come out of the house due to rain in Aligarh, they were nominated at home
Only a maximum of 50 people are allowed to be stopped at religious places by the administration. But due to the torrential rain in the city since Wednesday morning, people of Muslim society kept avoiding coming out of the house. Most of the people offered Bakrid prayers with their families at their homes. 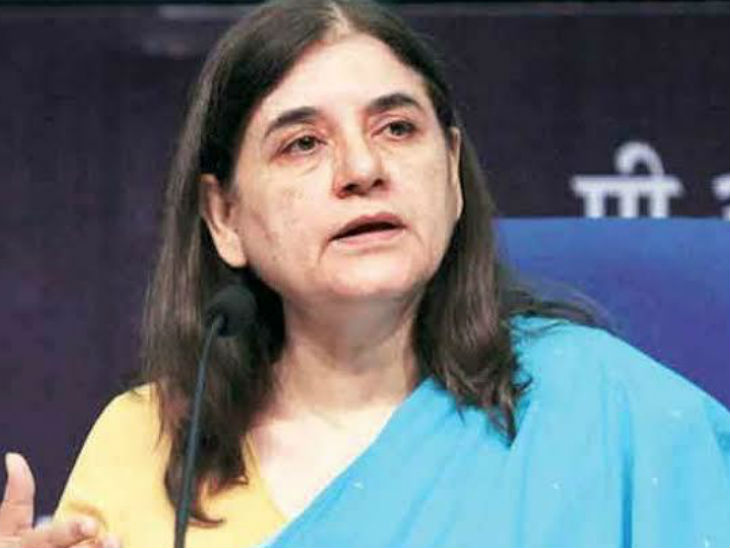 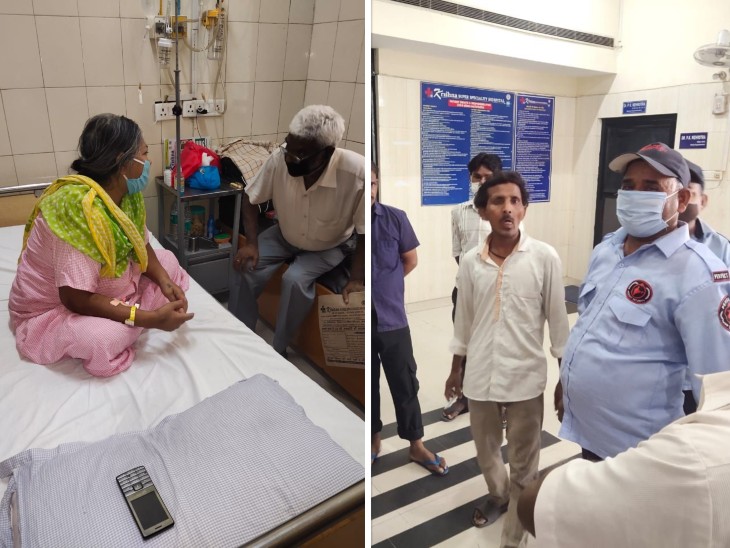 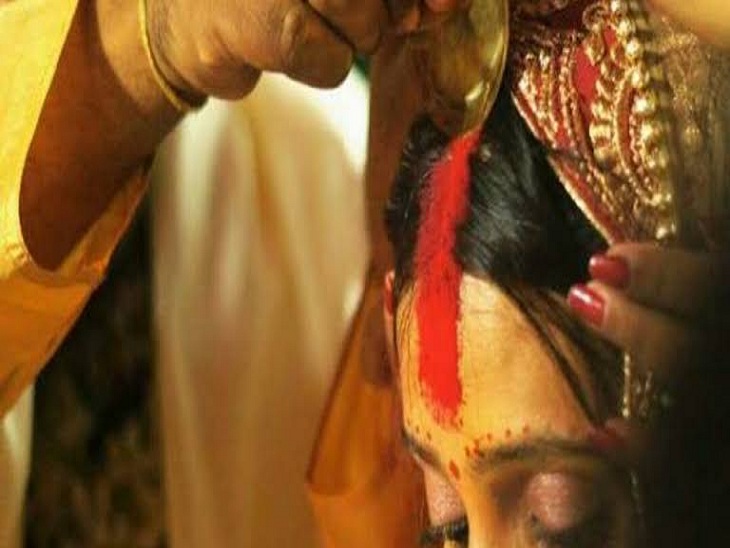