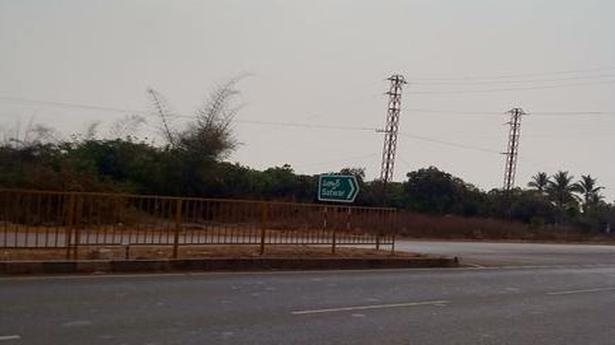 Osman Ali is a small farmer in his 50s. He decided to perform marriage of his daughter Samreen Begum few months ago. He owns some 2.37 acres of land and his wife Banu Bi owned 1.3 acres of land in the village. When they tried to sell the land to meet the marriage expenses, they could not sell it as it was shown in Part B of revenue records and that they are Wakf lands.

Worried by the delay in performing marriage and the hurdles in selling their land, Banu Bi passed away about one-and-a-half month ago. “She died due to the mental agony,” Mr. Osman Ali lamented.

The case of Kaukunti Anveerappa is not much different. Mr. Anveerappa also belongs to the same village and his family owns some 42 acres of land. Even they could not sell their lands to meet emergency expenditures for the same reason as Mr. Osman Ali.

The villagers say that for past two years family functions, including marriages, in some 10 families in the village were either postponed or cancelled as they are unable to sell their lands.

“I bought these lands in 2004 and got it registered. Many people in the village have been able to sell and buy land and get it registered in their name. We did not face any problems till 2018. During the exercise of purification of land records taken up by the State government our lands were shifted to Part B and shown as Wakf land and since then our problems began as no transactions are allowed on Part B lands,” Mr. Osman Ali explained.

“We have made several rounds of Tahslidar’s office, Revenue Divisional Officer’s office and Collectorate to get our problem addressed. But it has not been addressed and our repeated appeals have failed. Some 140 families are affected by the issue. We have presented our case before Revenue Court in the past and now before the Special Court established by the government to address the land issues. But our problem has not been resolved,” Mr. Anveerappa told The Hindu.

Though a delegation of the Congress party leaders, led by Congress Legislature Party leader Bhatti Vikramarka, held a meeting in the village to highlight the issue they have failed to do get the authorities to move.

“It is a fact that the during the exercise for purification of land records it these lands were mentioned in Part B and the villagers are suffering for the past two years unable to sell their lands. The case is pending with Special Court and a judgement is expected shortly,” said a revenue official who is aware of the issue.

Another 157 COVID cases reported in TS