Mr. Yediyurappa chaired a meeting with Ministers, senior officials and banking officials here and told them to disburse applications within 15 days of receiving them.

Only 53,659 applications were sanctioned under the credit-linked subsidy scheme of the Awas Yojana. Out of the sanctioned 3,46,414 applications, work orders had been issued in 1,16,168 cases. Works on only 19,658 houses were completed, the Chief Minister said.

The PM SVANidhi is intended to facilitate collateral-free working capital loans up to ₹10,000 of one year tenure to street vendors to help them resume their business in the urban/rural areas. Only 2,24,368 applications were received under the PM SVANidhi and loans sanctioned to 66,423 applicants only in Karnataka.

The scheme would benefit poor vendors impacted by COVID-19, the Chief Minister said and instructed bankers to clear applications as early as possible. 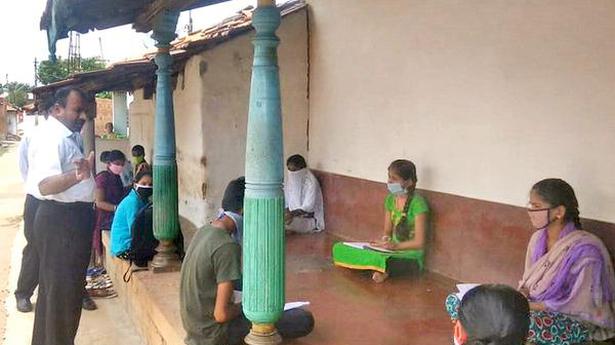 Many parents now looking to enrol children in govt. schools