Jacobite votes critical in the constituency where UDF, LDF candidates are from the community

The quaint agrarian setting can be a deceptive pointer to an intense electoral battle brewing in the Piravom constituency straddling Ernakulam and Kottayam districts.

In the closing hours of the public campaign in a conventional three-cornered contest, candidates of major fronts exuded confidence falling back on their own political theories to substantiate their perceived upper hand.

Having completed his constituency tour, two-time MLA and current incumbent Anoop Jacob on Saturday was busy plugging the gaps in his campaign by dropping in at shops at Kanjiramattom which he had given a miss earlier for want of time. His campaign is focused on the development of the constituency and his perceived accessibility as a people’s representative.

“The Church dispute between the Jacobite and Orthodox factions will hardly affect my prospects, as I have struck personal relations across the board. Besides, the UDF has always worked towards an amicable settlement of the dispute, including the hitherto most practical solution suggested by the Oommen Chandy government in 2011,” said Mr. Jacob.

The UDF camp is also buoyed by what it perceives as divisions within the LDF over the selection of the candidate and the fractious relations between the CPI(M) and the Kerala Congress (M) workers as reflected in the recent row between the two sides at Pala in Kottayam.

Sindhumol Jacob, the LDF candidate from the Kerala Congress (M), however, claimed to have weathered the initial outbursts within the party over her candidature and regarded it as a long-forgotten chapter. Tearing into Mr. Jacob’s development claims, Sindhumol Jacob, a CPI(M)-backed block panchayat member from Uzhavoor in Kottayam, said the development witnessed in the rest of the State, whether it is in terms of projects funded by the Kerala Infrastructure Investment Fund Board (KIIFB) or BMBC quality roads, seemed to have eluded Piravom.

“Drinking water shortage is rampant across the constituency with the decades-old sole water treatment plant at Kakkad being largely neglected both in terms of maintenance and capacity enhancement. I have a vision for 2025 bringing the fruit of development in Kochi to Piravom,” she said.

NDA candidate M. Ashish has made his presence felt with road shows, including one attended by Union Minister Mukhtar Abbas Naqvi, and family meetings.

“By fielding Jacobite candidates, the other two fronts have reduced it to a constituency reserved for one Church faction, leaving the other furious. This has also consolidated the votes of the majority community. We are confident of tapping into that discontent to poll over 30,000 votes this time,” he said. 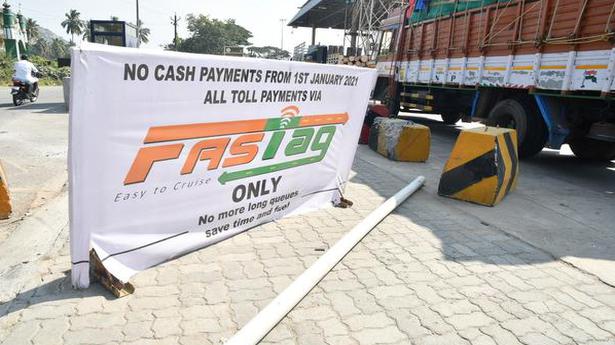 Over 80% of registration revenue target achieved in district