Neetu Kapoor has not spoken anything on Ranbir-Alia’s marriage yet. Earlier, Alia’s uncle Robin Bhatt had revealed that the couple’s mehendi ceremony will take place on April 13. Amidst all such speculations, Neetu recently shared a beautiful memory of herself on social media, which is the engagement photo of late actor Rishi Kapoor and Neetu on April 13, 1979.

The engagement took place on 13 April 1979.
Sharing a black and white photo of their engagement, Neetu wrote, “Memories of Baisakhi day, we got engaged 43 years ago on 13th April 1979.” In the photo, Rishi is seen holding a piece of cloth with a suit, a garland around his neck and sweets in his lap. He is seen wearing a ring on Neetu’s finger and Neetu’s face is hidden by his hair. Some family members are also seen sitting behind them.

Fans reacted to the post
Rishi and Neetu’s daughter Riddhima Kapoor shared heart emojis in the comments on the post. A fan commented, “What a lovely memory but really miss you Chintu ji.” Another called it a “nostalgic” moment. A fan speculated that Alia and Ranbir might also be getting engaged on the same day and wrote, “And today Ranbir and Alia will get engaged. Congratulations Neetu ji.”

The house was decorated with lights for the wedding
Aaliya’s brother Rahul said, “Yes, the wedding is happening this week, and it hasn’t been postponed. I was misunderstood in that report. I haven’t told anyone about the dates. That’s all I can say.” That it is only a matter of time until those people themselves tell officially. I can’t tell you the dates, but this marriage will happen soon. I can tell you that this marriage will happen before April 20.” Tight security arrangements have been made at Ranbir’s house ‘Vastu’, which is reportedly being told as the venue of the wedding. It is decorated with lights and flowers for the wedding. 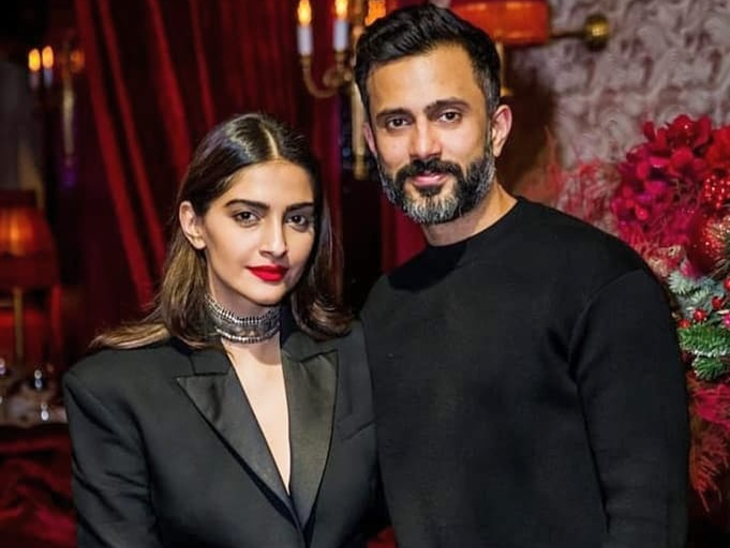 Reaction to the allegation: Sonam Kapoor’s husband was accused of tax evasion by the shipping company, now Anand Ahuja reacted