Yesterday night, while I was cajoling my campfire (imagining the angry face of Greta Thurber in the flames scolding me) to reduce its carbon emission, my wife called me over (as she has now accepted my eccentricity of being interested in birds and bees also from an alternative perspective, and like every sensible women, has decided to join the fun).

She had gone to switch off the halogen light that our man-Friday had switched on to ensure that he was picking up fire wood and not a member of naja genus (I am told that as we both are Capricorns, it was probably for both, i.e., enjoy the full moon, and cutting down the cost of the light bill), and she was surprised to see a lot of bees around the light.

As my resident bees are rock bees (apis dorsata) that are not just armed with a nasty stinger but also have a matching tamper, I rushed there to prevent her from getting bitten, but we both soon realised that the bees were just buzzing benignly on the halogen lamp-face, and unfortunately, lot of them were on the floor in half dead state.

Though my first guess was the temperature killing them, my web-search revealed that it was a phenomenon noticed across the world and there was a general consensus that the bees were dying of exhaustion because they were fatally attracted to the light and were unable to stop.

This fatal attraction is not really rare in nature as it stems from a concept labeled as “super symbol” attraction that even humans experience.

The romantic idea of Diya-Parvana is nothing but a result of the same chink as neural networks at every level are prone to evolving automated stimulus-evoked algorithms.

Be it an artificial light source for a bee or silicon implant in a female’s breast, when the natural neural networks get exposed to an exaggerated form of a symbol that evokes a certain behaviour, they hit an auto-mode and, as we can see that be it a moth or a man, it can result in a disaster.

Evolution, the great protector of life fails in case of appearance of a super symbol because it can’t anticipate arrival of halogen lights or super large breasts, so the only way it deals with super symbols is natural selection by favouring those that can survive the losses caused.

I have no idea if bees will survive the onslaught of the halogens or humans will survive the equivalent in terms of large breasted women, but what I am now interested is in the evolution of a new line of jurisprudence that these phenomenons demand.

While the inventor of halogen lights obviously didn’t know that it will kill bees in my garden one day, but he did get a patent that protected his Intellectual Property Right (IPR) and a lot of money must have been made from the millions of halogen lamps that are sold across the planet.

If I go by simple natural justice logic, anyone who has made money by offering a solution should also be liable to pay for the damages caused by his “solution”.

If I quantify the bee-loss in terms of its impact on the ecosystem of the planet that uses pollination as one of the core engines of life, there is nothing irrational or unjust to demand the one who has earned from selling halogen lights to pay for the environmental impact of these lights.

Honestly, it is unfair to single out the IPR holder of halogen light here, as the truth is, NO solution/invention can be without a collateral damage because the wicked universe that we live in comes with an inbuilt quality.

In our universe, a solution today is a problem tomorrow, and if the universe has that quality, the short-sighted idea of IPR as it stands today is faulty.

Let me clarify that this phenomenon is completely different than the colonisation and other historical events now getting subjected to natural justice (such as Australian aborigines or other indigenous people demanding compensation today for notional loss due to forces-displacement or occupation of their land).

Unlike those debates where the jurisprudence is not fully evolved or clear, in case of IPR, it is more of an open-and-shut case because there is no confusion in law about making the party that has made direct monetary gain (as it can be seen in case of halogen lights) to be liable for the losses too.

I don’t want to blame the inventor of halogen lamps as he is just a product of the economic policies of his era, but as we move forward as a sentient race, it is important that we also let go of these archaic ideas that reflect our short-term understanding of the universe and start evolving new concepts that prove that we are wise apes with foresight too.

We need to understand that IPR is all about enshrining our greed and has nothing to actually do with growth of humanity as a species that is applying intellect to live in sync with the planet and the universe. 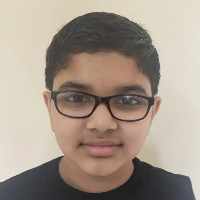 Evan Michael and the Golden city

Advisory for us: Let’s note what cramps women’s freedom