BJP leader Suvendu Adhikari on Wednesday equated West Bengal with “blood”, referring to the incidents of post-poll violence in the state, and said that it is not a Bengal for business, as the Bengal global business summit intends to showcase.

As per the official website of the Bengal Global Business Summit (BGBS), the sixth edition of the business congregation this year intends to “showcase the world that ‘Bengal Means Business’ and to explore more business opportunities, forge partnership and collaboration.”

Slamming Ms Banerjee who laid out the eight-pillar strategy for the development of the state as a global hub for business, the Leader of Opposition said that “syndicate raj” prevails in the state, leaving no space for industries to flourish.

“…Can’t have industries in Bengal, land policy is bad. There is syndicate raj here, be it coal…This is not Bengal for business, but Bengal for blood, and Bengal for ‘Birbhum bomb’,” he told ANI.

Earlier this month, the police had recovered crude bombs in a plastic bag near a football ground in Birbhum’s Sikandarpur village.

The crude bombs were recovered at a time when the Central Bureau of Investigation is probing the violence at Bogtui village in which at least eight people including two children were charred to death.

Following the Birbhum violence, West Bengal police had carried out raids to recover arms and ammunition from across the state.

On being asked whether he received the invitation to the Bengal global business summit, Mr Adhikari said that the Opposition has no recognition in the state, and alleged that the state government is “for the family, by the family”.

“No question of invitation…LoP in Bengal has no recognition. The system is such that it’s for the family, by the family, and of the ‘Kalighat Banerjee family’…” he said. 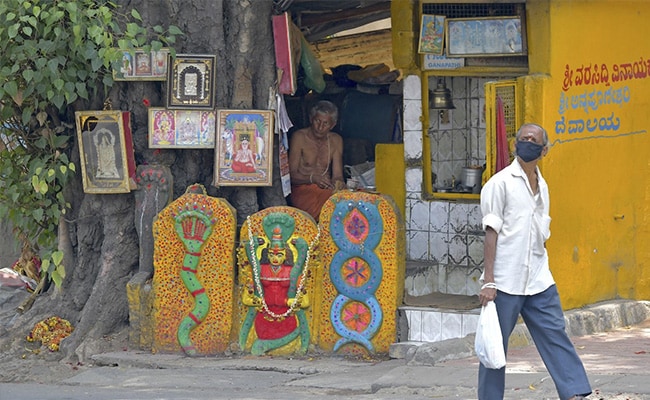 Weekend Curfew In Karnataka From Friday Amid Rising Covid Cases

Pakistan To Hand Over 20 Indian Fishermen To India At Wagah Border: Report