Sachin Tendulkar is in the news for the wrong reasons. His tweet calling for, among other things ‘Indians know India and should decide for India” has been welcomed by one section of people and harshly criticized by another. Critics bemoan the fact that Sachin was a hero who stood above petty political affiliations, and that by signaling his participation in what was transparently a government induced programme, he has demeaned the exalted position he enjoys across a wide section of the audience.

Is this a fair criticism? Those who support Sachin (and the government) point out that all that the tweet called for was for was Indians to be united and to resist any threat to its sovereignty because of external forces. If a pop star can tweet about Indian farmers, why can’t Sachin, hero of so many and Bharat Ratna to boot, express his opinion?

At one level, this is difficult to argue with. Sachin has as much right as anyone else to express his opinion. And given that it his opinion, it does not have to conform to the expectation of any group of people, no matter how righteous they think their viewpoint is. One cannot argue first that celebrities in India do not express any opinion and shy away from using their influence on the public discourse and then complain when they do simply because their views clash with one’s own.

On the subject of celebrities keeping quiet on controversial subjects, how fair is to demand that people who have no understanding of or interest in the many complex issues that dominate our news cycle, should express opinions when they may not have any? Even if they do and choose not to say what they think, surely it is every individual’s right to keep quiet. In these highly charged and polarized times where a single misstep, like a poorly worded tweet can have cascading consequences of a material nature, why should celebrities be expected to act courageously? Particularly when the institutions that exist to challenge the powers-that-be have been so derelict in their duty? It is ironic when media criticises the stars on their silence given how it has chosen to prostate itself with the powerful.

And yet, it is also true that the people making the argument that Sachin has a right to express his views would be saying quite the opposite had this right of his been exercised to express an opinion in favour of the farmers. The issue is not really one about the celebrity’s right to express their views, ask Deepika and Aamir. There are a few celebrities have the belief and the stomach to take on whatever criticism is thrown at them, but one cannot use that as a standard to judge everyone else against.

The question becomes less clear when the issue at hand is one which the celebrity has intimate knowledge of. When Wasim Jaffer comes under attack by those bent upon seeing the world through a communal lens, one would expect that a senior teammate of many years would have something to say, especially now that he has shown that he does speak about public issues. The President of the BCCI too surely has a duty to offer support. Silence on this issue is inexcusable for it opens the door on the ugliness outside contaminating the world of sport.

While celebrities have a right to their silence, once they do choose to speak, then they have to defend their opinion or be ready to be judged for it. In the case of Sachin, the argument that ‘outsiders’ should not speak on ‘internal’ matters is difficult to take seriously in a world that is highly interconnected. The whole world has an opinion on Trump. There have been endless conversations outside the UK on the merits or otherwise of Brexit. Social media sites would wither away if people restricted themselves to opine about ‘internal matters.’ Also, shouldn’t the same logic apply in the case of Indians settled abroad? Isn’t their grasp of ground-level reality in India as tenuous as any foreigner’s? What do they know about the issues that farmers are agitating about? Most Indians don’t understand the intricacies of agricultural procurement.

In this case there is an additional layer of disappointment. In the manner in which Sachin has chosen to become a part of an orchestrated government-directed move he has in effect become just another generic celebrity deployed by the government to counter the effect created by another celebrity tweet. By doing so, he is seen to

have become a passive instrument of the state, driven by a desire to toe the line rather than express an opinion about something that he feels strongly. That is not to say that he may not indeed share the view that he has put his name to, but that the manner of doing so appears to be an act of being cowed down instead of speaking up.

Sachin enjoys a stature that towers above issues, divisions and constructed controversies. He is a figure that has unified the country, and commands a bank of goodwill and genuine affection that is unrivalled. For him to choose sides, and that too in such an abject manner is disappointing for a large section of those that have been his ardent admirers.

It is not unusual for celebrities to align with power. We have seen this happen many times over, from a raft of film stars dancing attention on Dawood Ibrahim in the Sharjah days to iconic film stars serving guests at a billionaire wedding. Celebrities are both very powerful and extremely vulnerable. Their heroism is imposed on them by their audience; there is nothing intrinsically courageous about bludgeoning a cricket ball with a bat. While our sense of ownership that translates into a demand that they amplify our beliefs might be unfair, there is an expectation that they do not become mere courtiers to the powerful.

The art of society: Guess who didn’t come to dinner, and they didn’t even call 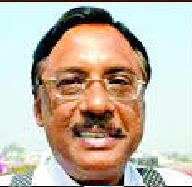 An informal emergency: State agencies have become adept at ‘investigating’ and harassing those who speak up

Understand consent: Stalking will remain a common crime if romance is seen as masculine entitlement