Describing India as one of the most important partners of the U.S. in the Indo-Pacific region, the Biden Administration on Tuesday said that it welcomes India’s emergence as a leading global power and its role as a net security provider in the region.

“India is one of the most important partners in the Indo-Pacific region to us. We welcome India’s emergence as a leading global power and its role as a net security provider in the region,” State Department Spokesperson Ned Price told reporters at his daily news conference.

Earlier in the day, he said, Secretary of State Tony Blinken spoke with his Indian counterpart, External Affairs Minister S. Jaishankar, for the second time in less than a fortnight. During the call, the two leaders reaffirm the strength of the U.S.-India partnership and discussed issues of mutual concern, including the situation in Myanmar.

Mr. Blinken expressed concern over the military coup and the importance of rule of law and the democratic process in Myanmar.

They also discussed regional developments, including the value of U.S.-India cooperation across the Indo-Pacific. “Both sides look forward to expanded regional cooperation, including through the Quad, and to address the challenges of COVID and climate change,” Mr. Price said.

Responding to a question, Mr. Price said the U.S.-India Comprehensive Global Strategic Partnership is both broad as well as multi-faceted.

“We’ll continue to engage at the highest levels of our government to deepen cooperation on many fronts, and we are confident that the strong and upward trajectory of our partnership will, in fact, continue,” he told reporters.

India and the U.S., he said, cooperate on a wide range of diplomatic and security issues, including defence, non-proliferation, regional cooperation in the Indo-Pacific, counterterrorism, peacekeeping, the environment, health, education, technology, agriculture, space and oceans.

“We also work closely in international organisations, and we welcome India joining the Security Council in last month of this year for a two-year term,” Mr. Price said.

The United States, he noted, also remains India’s largest and most important trading partner, with total bilateral trade increasing to $146 billion in 2019.

U.S. companies, of course, are a large source of India’s foreign direct investment, he said.

Mr. Price also highlighted the people-to-people ties which he said are broad and important. “Across this country, nearly four million Indian Americans call the United States home, contributing in their communities and proudly serving their country in uniform,” he said. 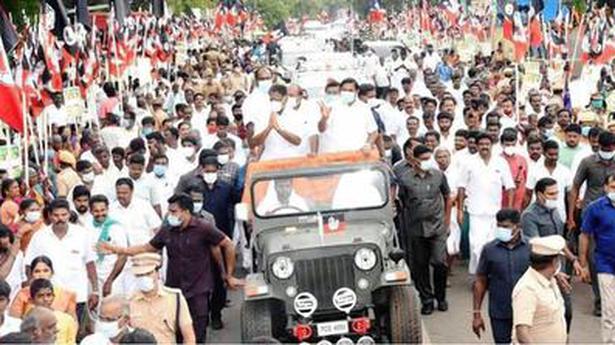