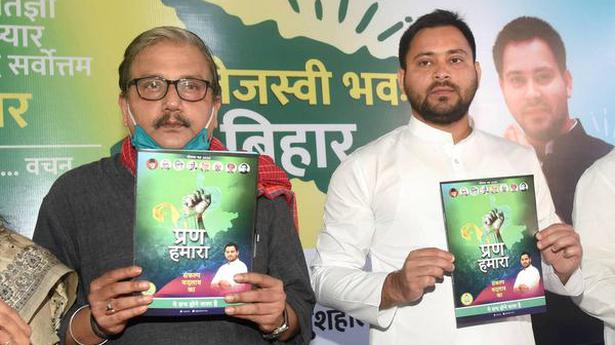 The Rashtriya Janata Dal announced that it would give priority to agriculture, industry and education if voted to power.

Rashtriya Janata Dal, which heads the opposition Grand Alliance coalition in the Bihar elections, released its poll manifesto Saturday reiterating its promise of 10 lakh jobs and loan waiver for the farmers.

The manifesto was released by Tejashwi Yadav at a press conference in the party office here.

The cover page of the manifesto displays photographs of Mahatma Gandhi, Dalits icon BR Ambedkar, freedom fighter Maulana Abul Kalam Azad, socialist veterans Ram Manohar Lohia and Karpoori Thakur, Loknayak Jayprakash Narayan among others, but it does not have a photo of the party’s founder and its charismatic leader Lalu Prasad.

There is a message from Mr Prasad in the document in which he highlighted how his party government in the past fought the battle to ensure social justice for the downtroddens and brought Bihar back on the path of development.

Mr Prasad, who is in jail in Ranchi after his conviction in four cases of multi-crore rupees fodder scam, also made a scathing attack on rival NDA government in the State, saying, “there is no jobs, atrocities against women have increased and happiness is missing from the face of farmers”.

While emphasising on its future plans for the State if voted to power, the RJD vision document also hit out at the Bharatiya Janata Party for trying to “fool people” by announcing 19 lakh jobs in the State.

“Chief Minister Nitish Kumar has been raising doubts on our promise of providing 10 lakh jobs, so how will his future government fulfill ally BJP’s declaration of 19 lakh jobs?” Mr Tejashwi asked.

The RJD announced that it would give priority to agriculture, industry and education if voted to power.

Replying to Mr Kumar’s queries about source of finance for the 10 lakh jobs, Mr Tejashwi said the State’s annual budget is of ₹ 2.5 lakh crore “out of which his (Kumar) government is able to spend only 60 per cent of the budget, the rest around 80,000 crore can be utilised by a competent government for people’s welfare.”

The RJD’s manifesto stressed on increasing income of farmers and waiving KCC (Kisan Credit Card) loan taken by the cultivators till 2020.

It also vowed to purchase grains from the farmers at an enhanced Minimum Support Price that would include bonus.

In the field of education, it promised to fill vacancies of teachers in schools on a war-footing.

It further declared that the party headed future government would increase budget on education to 22 per cent of the total budget.

Mr Tejashwi said that if voted to power they would promote investment into the State for setting up industries so that citizens of the State are not forced to migrate outside.

The RJD also promised computer training to the citizens in every panchayat free of cost.

International level sports university would also be established in the State, the RJD manifesto said. 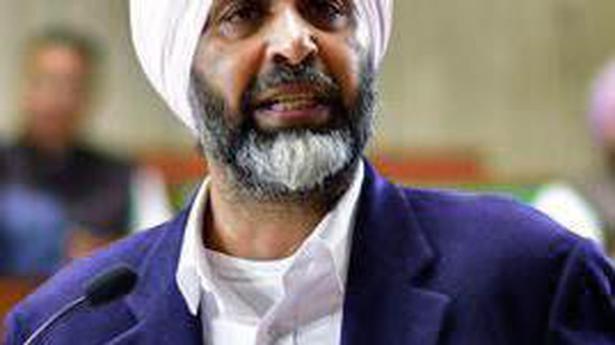 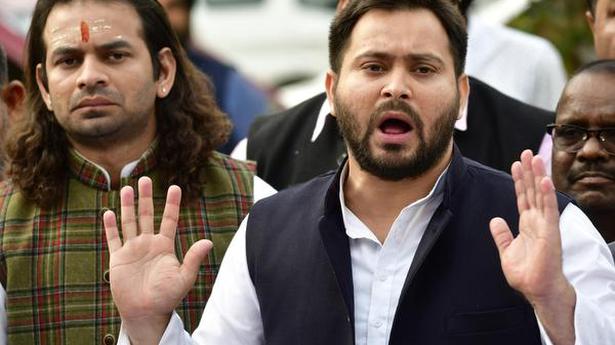 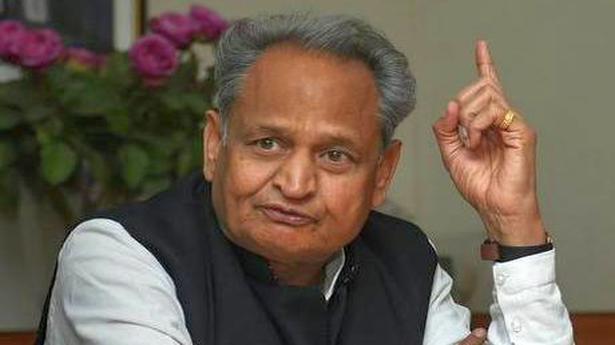